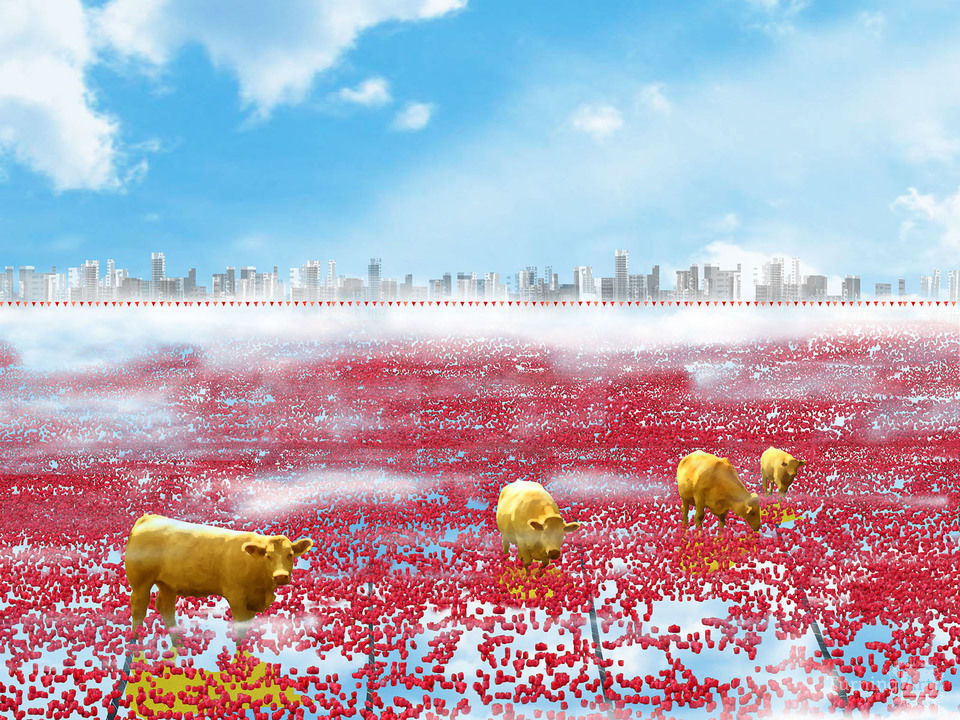 It can be print in bigger or smaller size.

Other works by Natalia Ferber

How many things happened in the same space at different times? This question has been Natalia's motive for creation.

Her 'With Time and Space' series allows her to employ all the artistic tools she has learned and loves to use, including photography, paint, and architecture. For Natalia, this series is innately positive; it presents surrealistic, yet pleasant, moments of fantasy, and she hopes it brings a smile to those who see it.

While attending art school she worked as an assistant to the well-known Uruguayan artist, Anhelo Hernandez. Hernandez’s work is seen as part of the important trajectory of 20th century Uruguayan Constructivist art, and he himself came out of the studio of the founder of Constructive Universalism, Joaquin Torres Garcia.

After graduating from the architectural school, Natalia worked with architect F. Fabiano, where she played a pivotal role in securing 1st prize in a U.S. Embassy-sponsored competition entitled “Urban Reorganization".

Natalia is an award-winning artist in several disciplines including photography, art, and both landscape and architectural design. She is represented by Craighead Green Gallery in North Texas. Her talent has been recognized in several group and solo exhibitions.