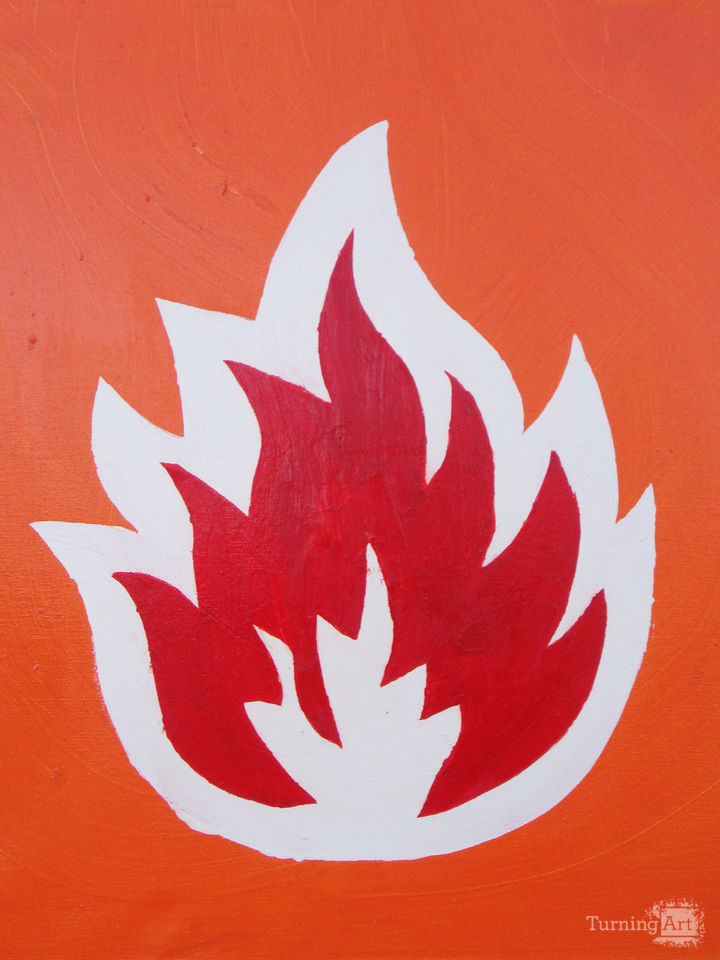 We all have a flame that burns within us. What is yours? This piece of art is a daily reminder to do what you love and pursue your dreams.

Other works by Justin Cox

Justin Cox hails from North Carolina. He began drawing and painting as a young kid and
his love of graphic expression lead him to keep pushing his boundaries. Influenced by the
graphic nature of logo design, vintage bar signs, found typography and concert posters,
Justin loves to simple, yet graphic in his artwork.

A design scholarship took Justin to Troy University in Troy, Alabama, and there he continued
to hone his art and design skills throughout college. He was awarded the Fine Arts and
Graphic Design Student of the year twice while at Troy. Also, Justin was honored by
The Montgomery Advertising Guild with the Student Achievement Award in 2002.
With his art/design career blossoming, Justin decided to test the market and began his
design career while practicing oil and acrylic painting in his free time.

In 2005, Justin traveled north of the Mason-Dixon Line for a girl and they now have two beautiful children.

Justin is an Award-winning Creative Director at a large Chicago-based advertising agency. Just as
passionate and hungry as ever, he still gets so energized by an idea that he will stay up all night on a new project.
Justin has had dozens of art shows in Chicago over the past 9+ years. He is a strong believer in refining his craft, doing
everything the right way and loving what you do because passion is as important as talent.