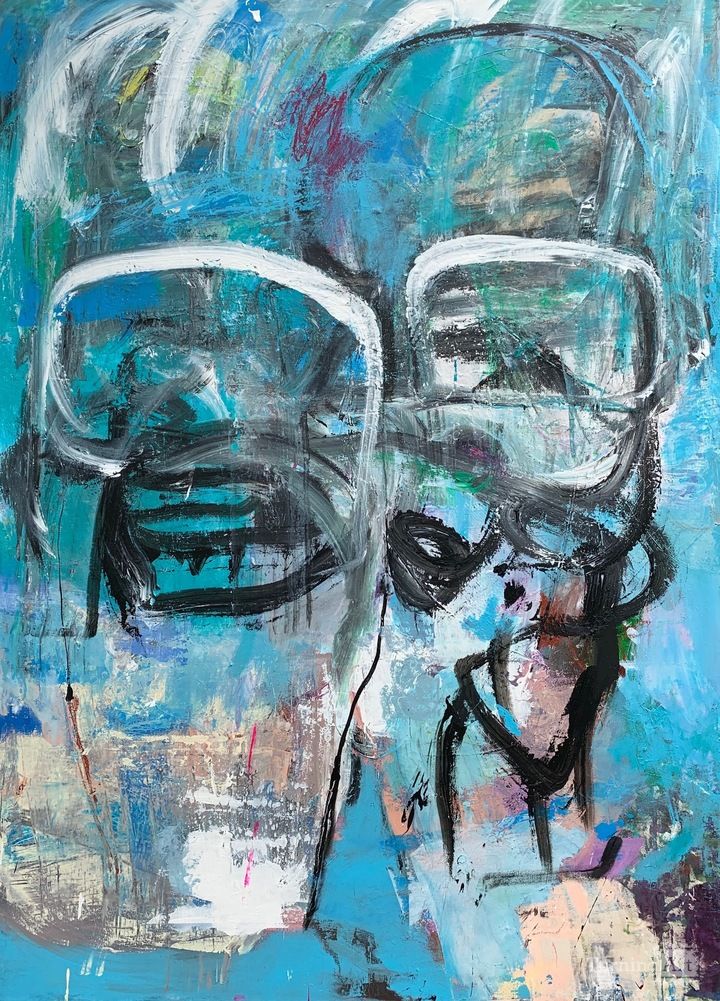 Abstract large scale piece and part of the "Blue Series", where I explore the dimensions of color, shape, and gesture and their interconnectivity.

Other works by David Stephen Johnson

David Stephen Johnson (b. Pittsburgh, 1949) is an abstract painter based in Connecticut. He was awarded a scholarship to college as a star quarterback, playing for South Dakota State, and later earned his BA in Business Administration at the University of Minnesota, Carlton School of Business. He lived in Chicago in the 1970s and shared a studio space with a sculptor at the Chicago Art Institute. He fostered his love for art while developing a series of paintings for his first show at Riverside Gallery. While raising his family, he continued a successful career in advertising between Miami and New York for the prestigious agency Lord, Geller, Federico, Einstein. He embraced his self-taught path in painting, building a deliberately unpublished body of work studying color and shape, partly influenced by post-war abstract expressionists. His natural athleticism and grace led him toward the great action painters. In 2017 he retired from the business to pursue his passion for painting. He joined The Silvermine Art Center in Connecticut, a prestigious institute for the arts created in 1908 by the sculptor Solon Borglum. Since then, he has participated in several juried shows, expanding his work to large-scale canvases. In 2019 he had his first solo show at Southport Galleries, CT and debuted at Miami Basel Art Week at Spectrum Art Fair, invited by ArtBlend Gallery.
In September 2020 David will have a solo show at Pop'tArt Gallery in Westport, and October will see his participation in ArtExpo Show at Pier 94 in Manhattan.
"Painting is like breathing to me. I am pulled in, to the work, every day. The process is a physical act. I connect to my body and to myself in a sort of visceral dance. The act of painting is unmediated by thought. It starts with a simple stroke or mark that leads to the next one in a continuous flow. Possibility and uncertainty are inherent to my practice. Always a play between anxiety, apprehension and, sometimes, when I get lucky, exhilaration. My language is color. I work with acrylic, house paint, oil, and pastels which I apply directly on to the surface and rework with a scraper, paper, and rarely, a brush." DSJ