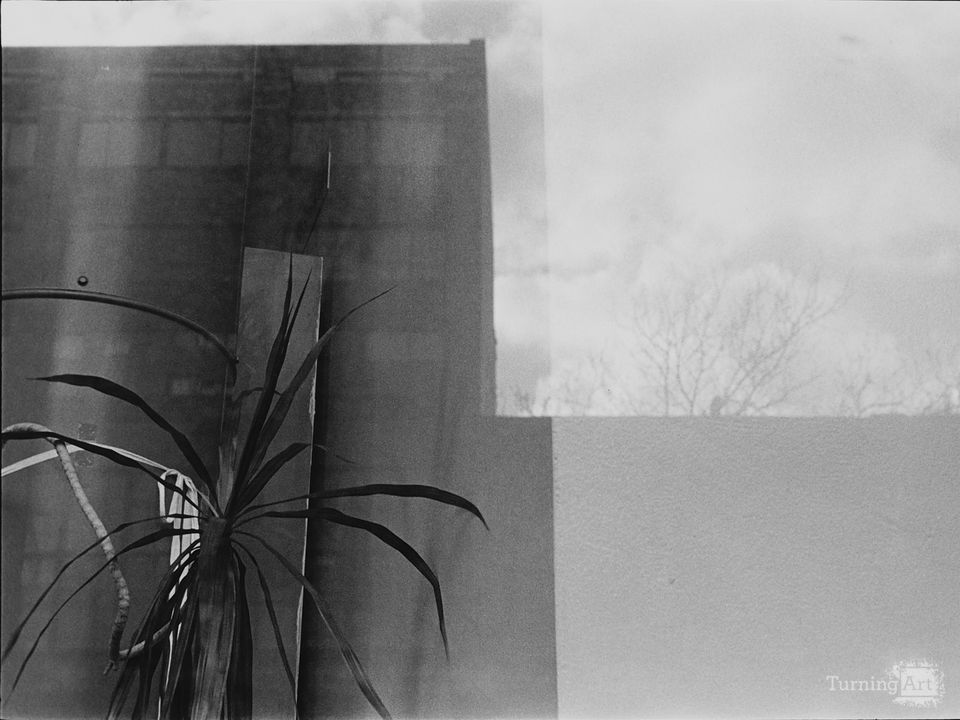 Koyo's photograph of reflections on a glass window resembles the composition of an abstract painting with large, flat shapes and elegant grays.

Other works by Koyo Tamaki

Koyo Tamaki was born in Nagoya, Japan. When he was nine years old, his family moved to Pakistan where they spent the next three years. In 1988, Koyo began taking photographs while finishing his degree in architecture. After graduation, he began working as an architectural engineer for the Japanese government.

In 1992, after a trip to Pakistan, Koyo began to consider photography as a career. Shortly thereafter, he moved to New York City to study at the Pratt Institute, where he earned an M.F.A. in photography.

In his work, Koyo attempts to rediscover the world through his own eyes and technique. When taking a photograph, Koyo considers the four lines of picture frame, light intensity, tonal density, contrast, texture, and -most importantly-how it looks. Without his experiences, persistence, intuition, and open mind, he could not have made it this far.