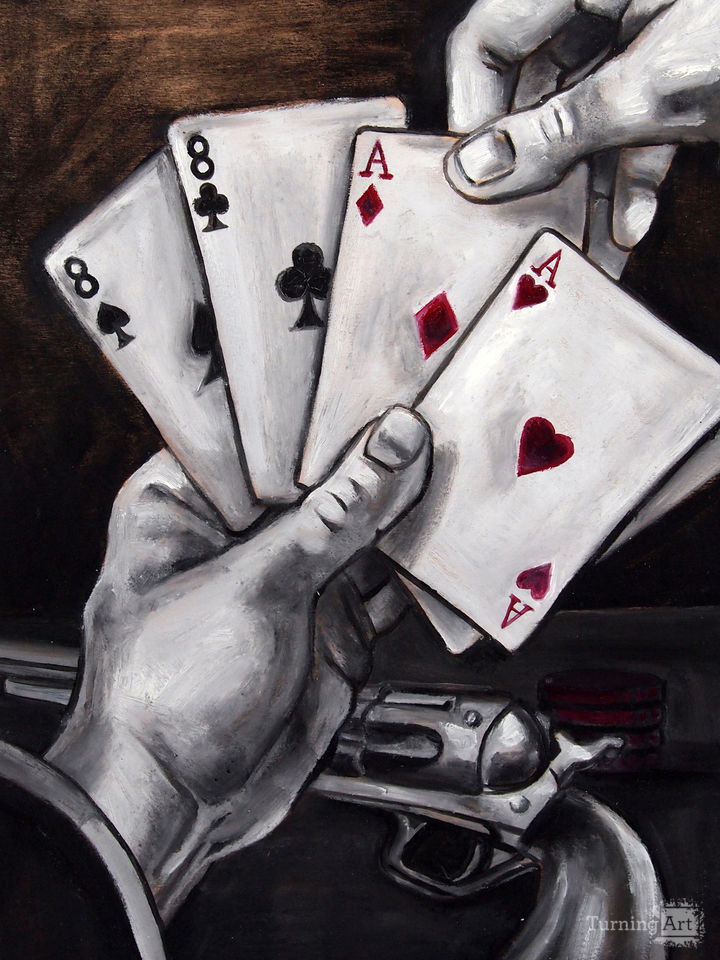 The dead man's hand is a two-pair poker hand, namely "aces and eights". This card combination gets its name from a legend that it was the five-card-draw hand held by Wild Bill Hickok, when he was murdered on August 2, 1876, in Saloon No. 10 at Deadwood, South Dakota.

According to the popular version, Hickok's final hand included the aces and eights of both black suits. With any legend, the truth is in the telling. This version includes the two red suited aces instead.

Other works by David Andrews

David Andrews has been drawing and painting for as long as he's been able to hold a brush, and especially loves expressive line and brushstrokes. He was born and raised in Dallas, Texas and holds a B.F.A.from the University of North Texas and Masters in Art Education from T.W.U. He has been an art instructor in Texas public schools for nine years.