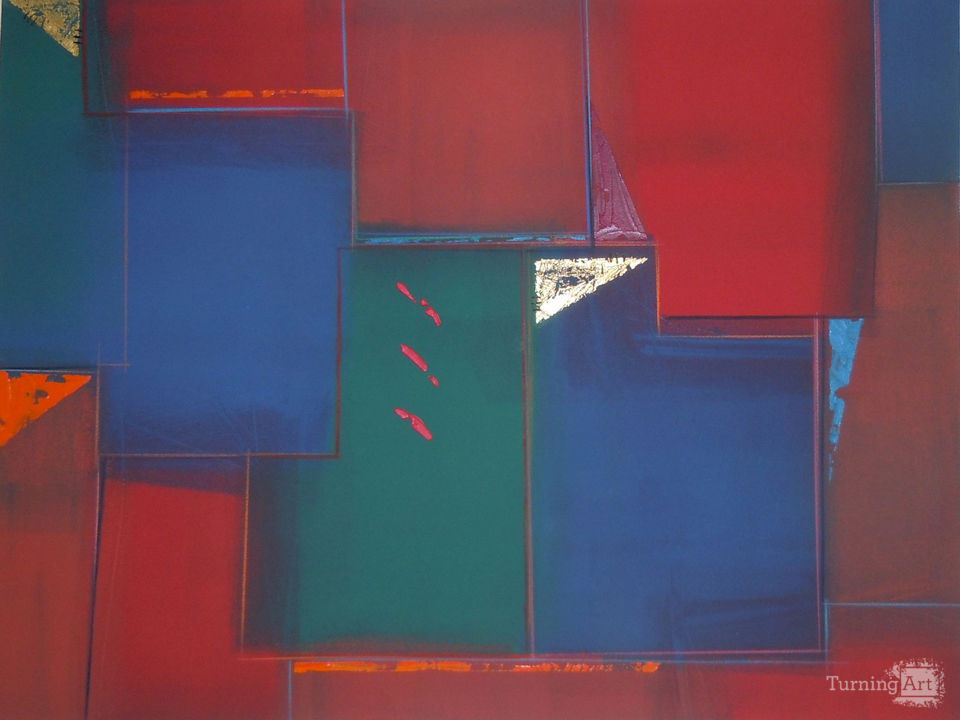 Twenty Nine Rooms and a Square

I vividly remember that hot summer day my Mom took me to my first art class.

My first project was making a mosaic. I remember being fascinated with the color Aquamarine. To this day when I see aquamarine I am immediately transported back to that day.

I remember getting my first box of crayolas. I can still smell the fragrance and the awe and sense of wonderment at the variety of colors, Red Violet, Blue Green, Yellow Orange and on…and the immense joy I felt every time I rendered the colors on my drawings.

I have always loved to sketch, paint and create. I am enchanted by the sensual nature of texture, forms and color.

Other works by Ged Merino

Ged Merino was born and raised in Manila, Philippines. Although he studied Fine Arts at the University he wasn't interest in a career in art until he attended an open house held by Manuel Rodriguez Jr, son of Filipino printmaking pioneer Manuel Rodriguez Sr. Ged became very intrigued by the printmaking techniques his teacher learned during a recent trip to New York and he started to experiment with "collagraphs":http://en.wikipedia.org/wiki/Collagraph, silkscreens, etching and other techniques. Eventually Rodriguez Jr. asked Ged to work for him as an apprentice.

In the late 80's Ged accompanied Rodriguez Jr. on a trip to New York. For a young art student in the Philippines, New York was an incredibly exciting place to visit. During this trip Ged was given the opportunity to apprentice with Manuel's brother, who taught him about the Mono-Printing that eventually became Ged's preferred printmaking technique.

Before coming to New York in 1987, Ged was part of a 5 person delegation to the ASEAN youth painting conference in Singapore. He continued his studies at the Art Students League of New York and established relationships with several galleries in New York and Chicago.