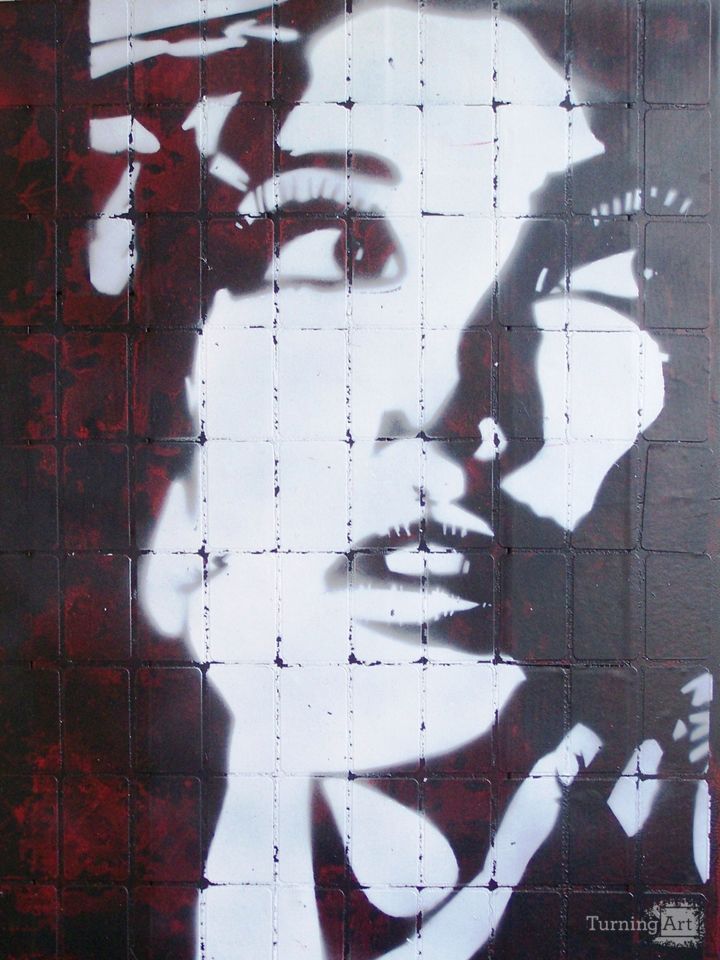 What is beauty? is it an abstraction of our mental understanding of sexuality or just a manipulating tactic to make people judge eachother? Is it internal or outwardly, and is it only found in humans or in all thing living? In current time one can easily force a knife to creat beauty if it's at face value, but are we expressing the wrong elements to beauty? soon walking around wolves in sheeps clothing…..

Other works by Iain Barnes

Iaian Barnes, also known as Artist 5, is a transplant from Suffolk, England who now lives in south Florida. His art is a mixture of Urban Street art, abstract, deconstruction, dysfunction, and existentialism, his five points of power so to speak. With most of his art, he likes to incorporate and show the decay of experimental non-conventional materials, such as concrete patch, motor oil, and drywall compound. “I like my work to look as if it were produced at an earlier date, and over time with weather and age, it becomes worn and battered with chipping paint and runny lines”, says 5. He feels art to be universal; from the bleeding of rust into an old abandoned car to the print on a billboard, some are good representations, some are bad but all are art. As well as showing the elements, 5 also incorporates his passion for HIV/AIDS research into his work. "HIV/AIDS is no longer a death sentence like some cancers and other obscure disease, but it is a social disease, which in some cases can be more detrimental then even the thought of death" says 5.