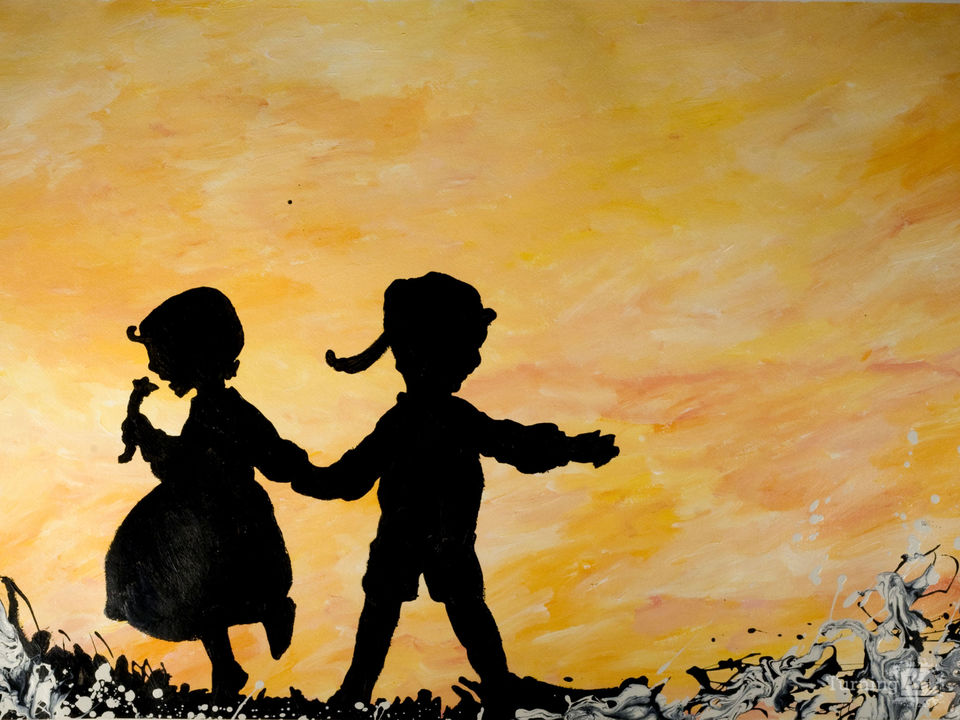 This painting was inspired by the Lesson of Innocence; believing that even at a young age there are moments that turn and shape us into the people we are meant to be if we allow them to.

*Original framed with a reveal

Other works by Jason Altobelli

Jason Altobelli is a visual artist and art advocate.

A transplant from New Hampshire, Jason Altobelli arrived in the midwest in 2007 and has currently found a home in Milwaukee, Wisconsin. He received his B.F.A. in fine art Photography from the Rochester Institute of Technology in 2004, accompanied by a minor in Psychology.

Jason got his first taste of art at a young age. As a child he was exposed to drawing from his grandmother and given his first camera in middle school by his father. In high school he continued to broaden his artistic practices and sought out painting on his own in the form of silk screen and graffiti art.

Captivated by the wide range and potential narratives that occur when combining image, language, and the abstract gesture in his artwork, he was encouraged by family and friends to pursue the dream of being an artist and it quickly turned from a hobby into a passion that has been a constant in his life ever since.

Striving to answer the question of why people say they fall in love with an artwork, he has been focused on the topics of romance and abstraction; specifically how silhouettes can create a universal language and story that when combined with the fluid movements of the gesture illustrate a rhythm and emotional pulse to each painting.

Altobelli recently completed an artist in residency program at the "Tenth Street Gallery":http://www.intandemtheatre.org/tenth-street-theatre/tenth-street-gallery/ in Milwaukee, WI during the 2011-2012 year. He is now part of the "Milwaukee Artist and Resource Network’s"http://www.artsinmilwaukee.org/programs/mentors/ mentor/protégé Program for the 2012-2013 year.

His artwork has been shown in various solo and group exhibitions in both Milwaukee and Chicago.