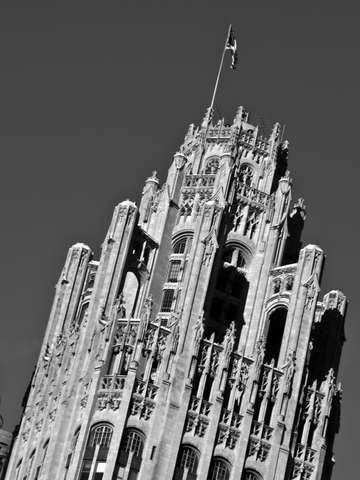 Tribune Tower was commissioned by the legendary Tribune publisher Colonel Robert R. McCormack, holding an international contest for "the most beautiful and eye-catching office building in the world". The firm chosen was Howells & Hood out of New York City, inspired by the Button Tower of the cathedral at Rouen, France. It was only the second office building to be constructed on the North side of the great Chicago River, along what would become known as "The Magnificent Mile". It was designated a landmark, and has been named one of Chicago's Top 40 buildings.