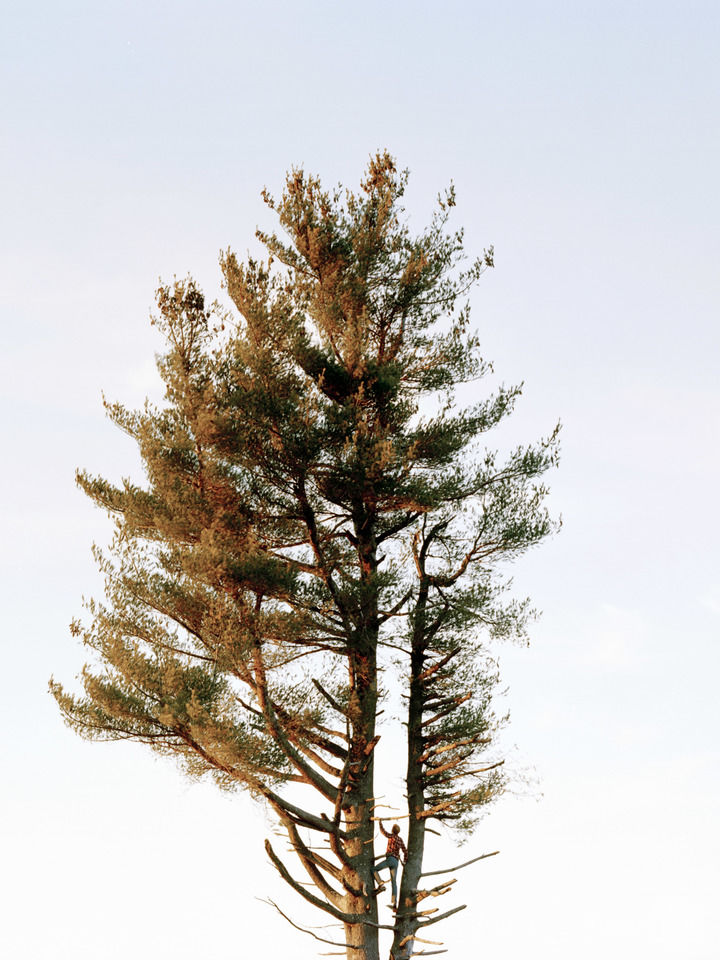 One of the most exhilarating experiences for me growing up was climbing trees, the fear of falling would pump my adrenaline but for every tree I climbed a bond was formed. I would have to trust that the branches would not break but I also had to trust my own human instincts that I would make the right move. Now, I push myself too far to try to get to the top… but it's this bond with nature that makes me appreciate life so much more.

Other works by Chris Hoodlet

Growing up in central New Hampshire, Chris Hoodlet was surrounded by wilderness; he could hear the river flowing behind his house in the summer, and the sound of the water and peepers would sing him to sleep. Climbing to the tops of mountains provided Chris with a clear realization of life beyond our daily routines.

Chris aligns his artwork with "early 19th Century German Romantic":http://en.wikipedia.org/wiki/German_Romantic paintings and the philosophy of the sublime. These images are a vision of his escape, a realization of what exists in the world, and Hoodlet's appreciation of the land beyond human civilization.