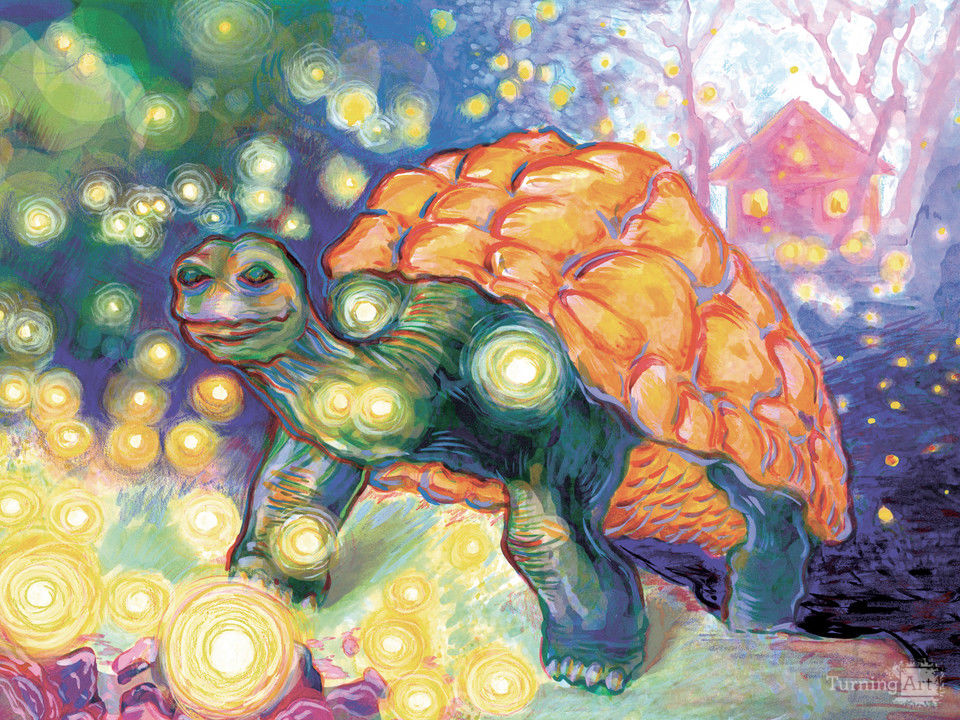 Gregery's tortoise illustration was featured in the 2010 New England's Arts for Animals calendar.

Other works by Gregery Miller

Gregery Miller is an illustrator, artist, and designer that specializes in high detail illustrations and unique original character designs. He is glad his name is spelt with two e's because it allows those who enjoy his work to find him more easily on the web. He's been drawing for as long as he can remember and he has made a great effort to save all of his artwork from his entire life in a collection of portfolios. He has lived in San Francisco and Mexico City but now finds myself back in the Northeast where he gathered much of his early inspiration.
Gregery has worked professionally for Cartoon Network’s Adult Swim on a new cartoon series, for Disney, Microsoft, Free Range Studios, and many more. He exhibits his work in galleries and conventions across the country including Boston Comic Con, WonderCon Anaheim, MICE, and Paint & Pixel. finds inspiration in animation, comics, nature, science fiction, fantasy, and history. One of his favorite past times is developing a large fictional universe which he's consistently created for over 15 years and is working on developing into a series of graphic novels, a trilogy book series, or an animated feature in the future. He's still undecided on which path to choose. Don't hesitate to reach out to Gregery with questions or comments and thanks for stopping by!