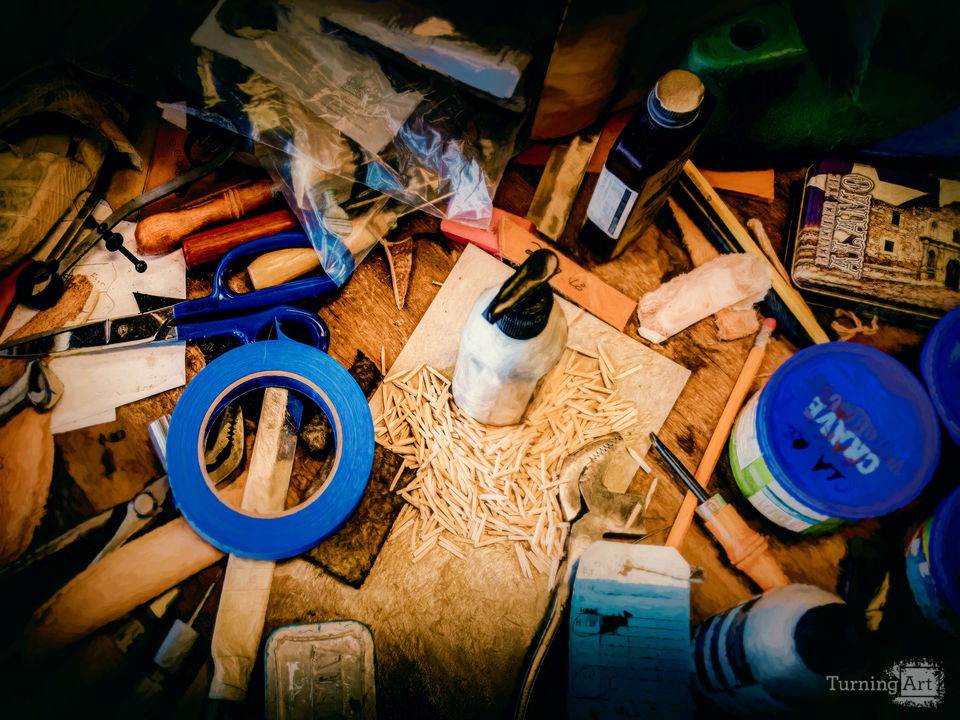 Tools of the Trade

Just as in other time-honored traditions, custom boot-making is a cultural heritage in Texas and the Wild West. Having served on the school Art Committee for years with the Houston Rodeo, when COVID hit and canceled the rodeo I was inspired to tell the stories of some of the craftsmen who were impacted by the cancellation. We often think about our Rodeo here in terms of the scholarships and the performers but not as much about the small business owners who pour their lives into making the Rodeo happen.

In my hand-making of boots series, I photographed boot artisans' hands as they handcrafted boots in an age-old western tradition. I wanted the series to be about the hand-crafting and about the boots and thus never show the faces of the artists. My choices, though unconventional in photography, are intentional in my art to convey the story I was after. I loved the texture of the tools of the boot-making trade in this image.

Other works by Beth Sheridan

Born in 1975 in Hammond, Indiana, Beth Sheridan had a humble beginning to life, homeless, and quickly removed by the state into foster care, she now resides outside Houston, Texas working as both an aerospace engineer and artist. She was adopted into a family where her father’s love of photography quickly began to influence her artistic eye.

Sheridan has studied under many known-names in the photographic community including Nevada Weir, Joel Grimes, Michael Sebastian, Michael Clark, David Black, Scott Kelby, Nicole S. Young, and Rene Johnson just to name a few. Beth Sheridan has also studied under some of NASA’s top photographers; it is their role to both capture the technical work of the agency as well as to teach our Nation’s astronauts how to document the earth during their tours on the International Space Station.

In 2016, after a life-long battle with chronic illnesses that had manifested as everything from severe upper respiratory illness and hospitalizations, surgeries on her legs and ankles and even cervical cancer Sheridan was finally diagnosed with a primary immunodeficiency disorder called Common Variable Immunodeficiency (CVID). This deficiency is related to “Bubble Boy Syndrome” though not as severe. Sheridan has found photography to be her healing meditation for much of her life and feels that without both her engineering side and her artistic side, she cannot be whole.

Employing a variety of techniques inspired by her engineering education, Sheridan explores photographic themes ranging from cultural identity, to tradition and heritage, to place and light. Her diverse works encompass digitally manipulated landscapes and narrative documentaries to still-life executed in a variety of styles, including painterly, color photography, and abstract. To Sheridan, it is the story of the image or series that is important as opposed to the genre or technique for the art piece. The technique employed for each piece or series is carefully chosen and crafted to tell the specific story to be portrayed.

Though best known for her detailed, and life-like, landscapes, Sheridan first made her artistic debut in the 2010s with an award-winning series of documentary-style photographs on women at work in Nepal. These early works featured a group of women on the banks of a crocodile-infested Nepalese river carrying grasses and reeds, back to their villages. This series was important to Sheridan as she was there speaking to students about science, technology, engineering, and math. This was a time when Nepal was fighting for constitutional rights for women’s education. To see these women working in perilous conditions was a stark juxtaposition to the argument Nepal’s government was undergoing on women’s educational rights at the time. Sheridan continues to intrigue her fans with meticulously crafted works inspired by current events as seen through the lens of an artist/engineer’s eye with topical documentary art as well as landscapes that tell the story of life as she sees it.