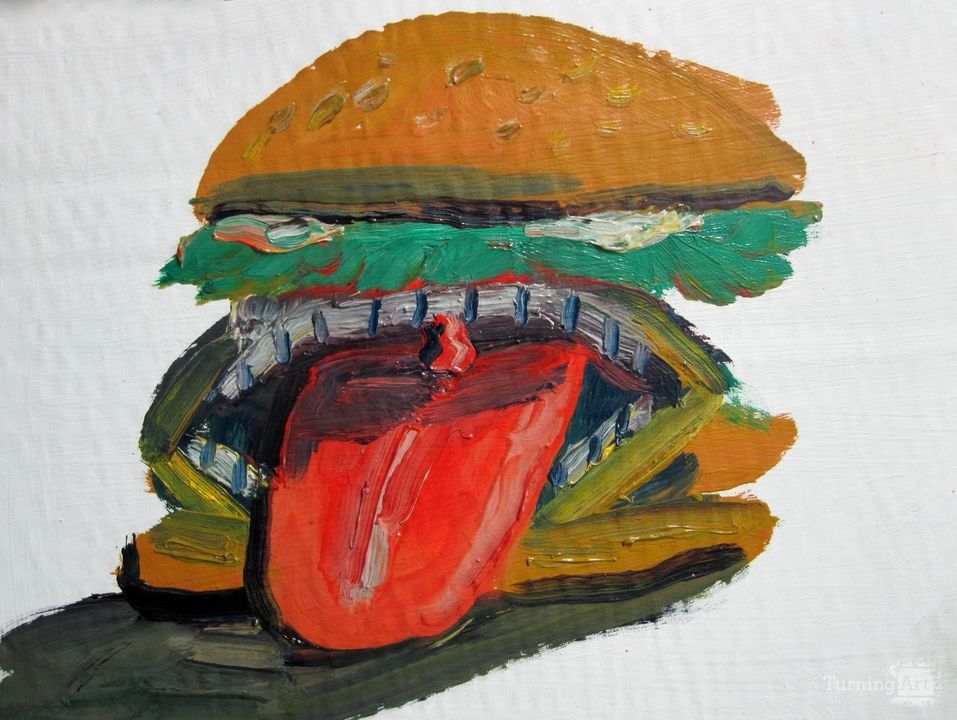 From my fastfood paintings series, it the tongue burger!