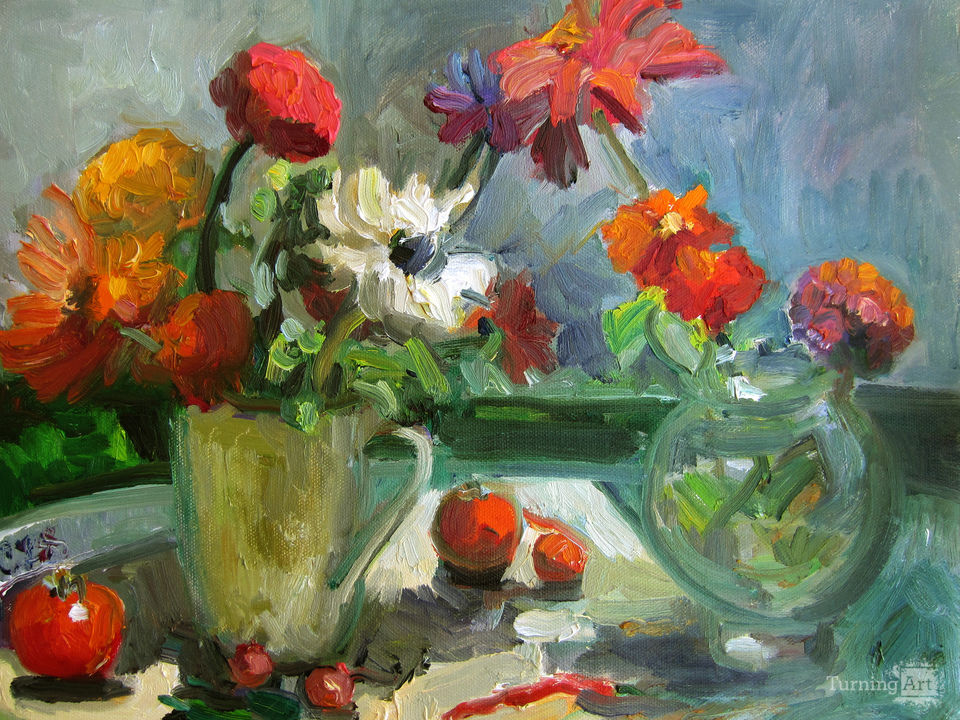 I painted this on the porch from some flowers and tomatoes my friend Catherine brought over from her garden plot in Santa Monica. It occurred to me that the tomatoes looked like they were getting married under a chupah.

Other works by Carol Steinberg

Carol Steinberg has exhibited nationally in numerous galleries and museums. She has taught drawing, design, and painting at Los Angeles City College, Cal State University at Northridge, and Otis Evening College. She earned her M.F.A. from CalArts, her B.F.A. and B.A. from Cornell University, and has received scholarships from art programs around the country.

Her work has been published, awarded several prizes, listed as an L.A. Times Best Bet, and chosen for Eddie Murphy’s film "Daddy Day Care," as well as other film and TV projects. In the fall of 2008, a dozen of her paintings appeared on the award winning TV show House in an episode about a painter with a disturbing vision problem.