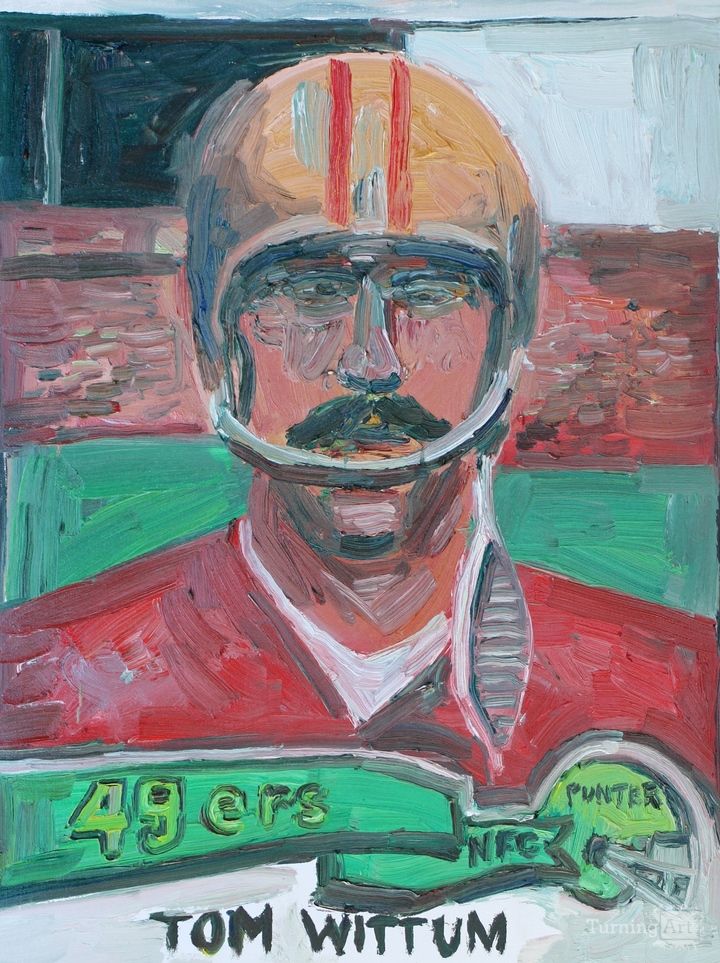 From my Sports Card series. I am painting my collection and others on request.