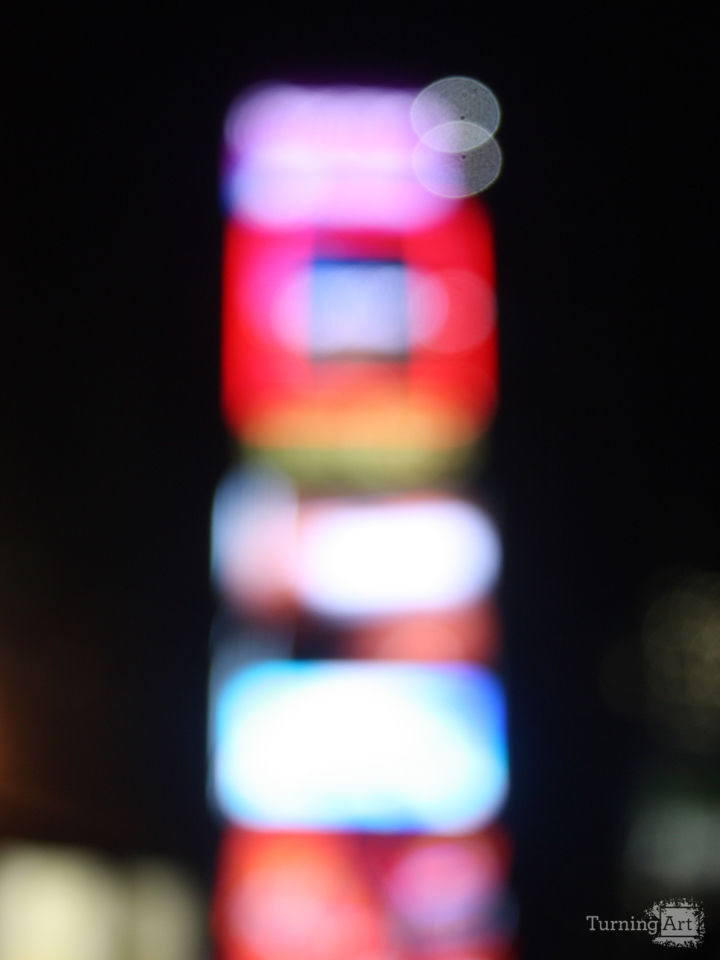 Seeing Times Square abstractly. There are approximately 50 super signs advertising everything from clothing to food products to banks in the Square. In 1917 the first large electric display billboard was installed. Eleven years later, the first running electric sign was lit for the first time, to announce Herbert Hoover’s victory in the Presidential elections. The billboards have become such a tourist attraction for the area, that the zoning now requires the buildings to be covered with billboards and it costs between $1.1 million and $4 million a year if you want to buy one.

Other works by Marietta Leung

Marietta Leung was born and raised in the suburbs of New Jersey. She picked up her first camera at the age of eight and has been shooting portraits and documenting her travels ever since. Marietta attended Pratt Institute in Brooklyn, New York, where she received her B.F.A. in photography in 2011. She currently resides in NYC and works as a graphic designer & photographer.