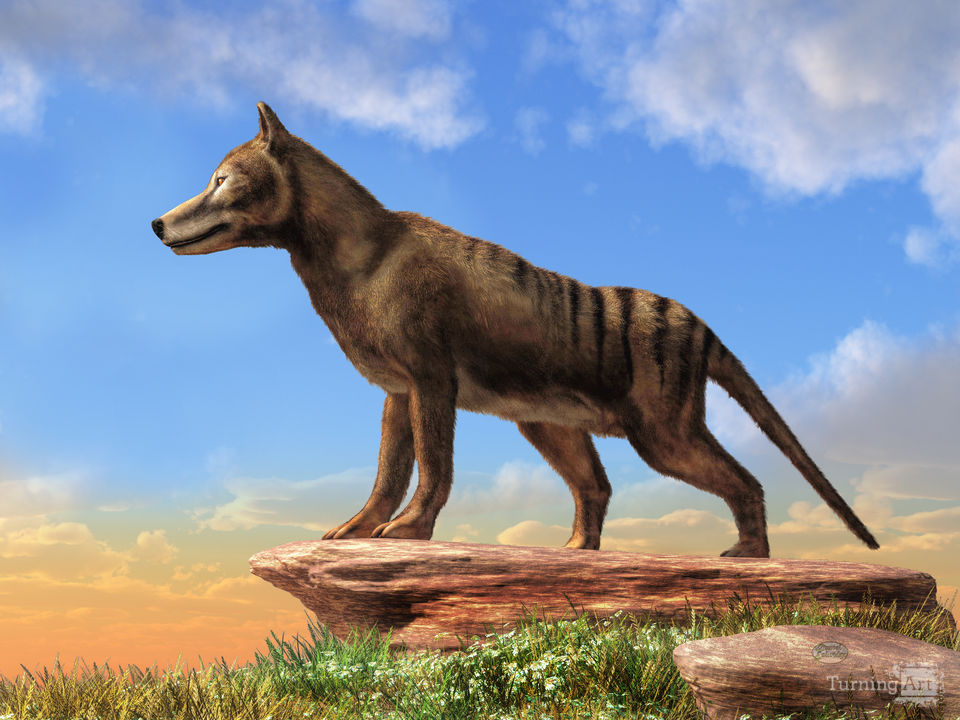 The sun rises casting morning light on an animal that (probably) no longer exists. It looks a bit like a brown furred dog or wolf, but it has dark, tiger-like stripes on its hindquarters and a thick stiff tail. This is a thylacine also known as a Tasmanian tiger or wolf.

Thylacines were once native to Tasmania, New Guinea, and Australia. They are considered to be extinct as the last known one died in 1936; however there have been purported sightings in the wild as recently as 2008. It is likely that competition from dingoes (introduced by settlers) was a major contributor to their decline.

Though they look like dogs, they were marsupials, and were much more closely related to Tasmanian devils and kangaroos. Their canine-like appearance is a product of convergent evolution. Though they could not run very fast, they could apparently hop a bit like a kangaroo.

This is my first image to feature a thylacine. I wanted to go for just a simple image that showed off the animal in profile. So, I kept the environment to a minimum.