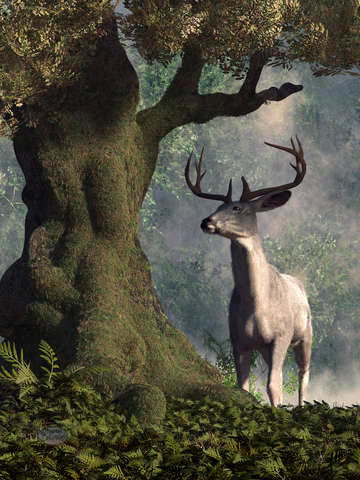 White deer are actually just red deer that suffer from a genetic condition called leucism which reduces the amount of pigment in their hair. They do, however, play a large part in the myths and legends of many cultures. For instance, the ancient Celts believed that the White Stag would be spotted in a region where some taboo was being violated. Also, in Arthurian legend, it was a creature that no hunter could ever capture or kill. Christians associate the White Stag with Saint Eustace, a Roman general who converted to Christianity after seeing a vision of Jesus while hunting a white stag.

Another name for a stag is a hart. Numerous inns and taverns are called The White Hart. They will usually use the image of a White Stag on their signage.