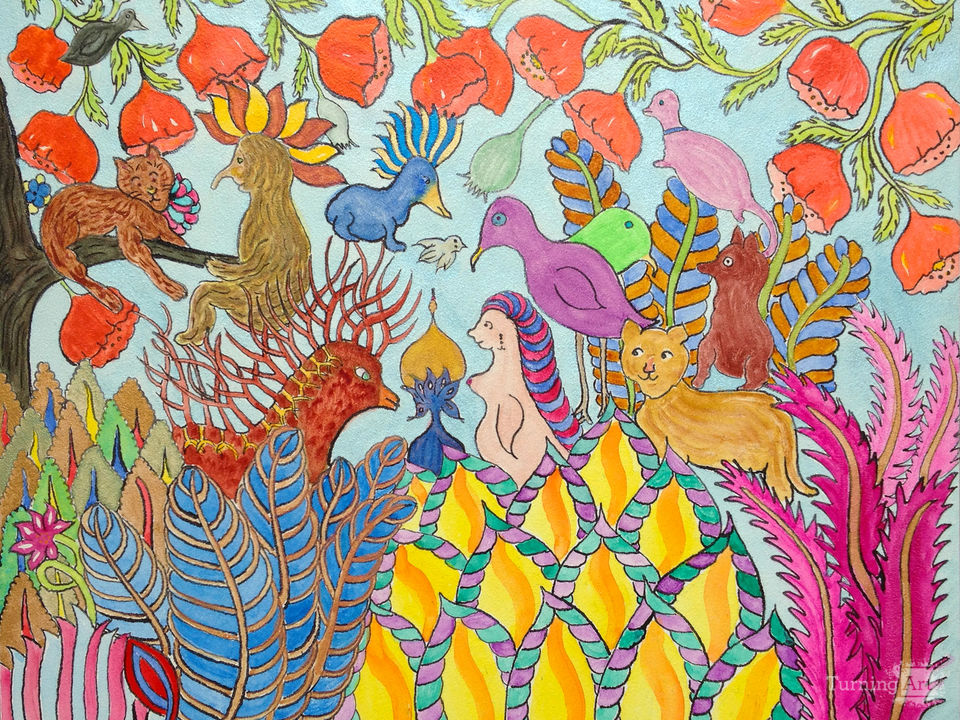 The ReBirth of Venus

Yes, Venus appears out of her floral shell to enter a very lively landscape where the Boing is perched precariously on the reindeer eagerly awaiting her appearance. The cat notices she is wearing one of Peggy Guggenheim's earrings and wonders what this means. It makes him smile. The poppies fall from the sky in honor of Venus.

Other works by Susan Medyn

Susan Medyn is an artist who began making watercolors 45 years ago inspired by her love of color and deep fascination for the work of Henri Rousseau. She could not keep herself from drawing fantastical creatures. As she developed her style, she began to view her works as imaginary worlds where one could reside peacefully, playfully and harmoniously and even dangerously. She makes dense color filled jungles inhabited by all sorts of creature’s both real and imagined. Susan works to balance color, humor, fear and a restrained elegance within her work. She has recently begun using antique maps and sea creatures as a format for painting the South Coast of Massachusetts and Rhode Island.

Susan has exhibited locally, nationally, as well as internationally in Monaco, Poland, Belgium, Paris and the Loire Valley, France as well as in the USA . She participates in the annual South Coast Artists Open Studio Tours annually.