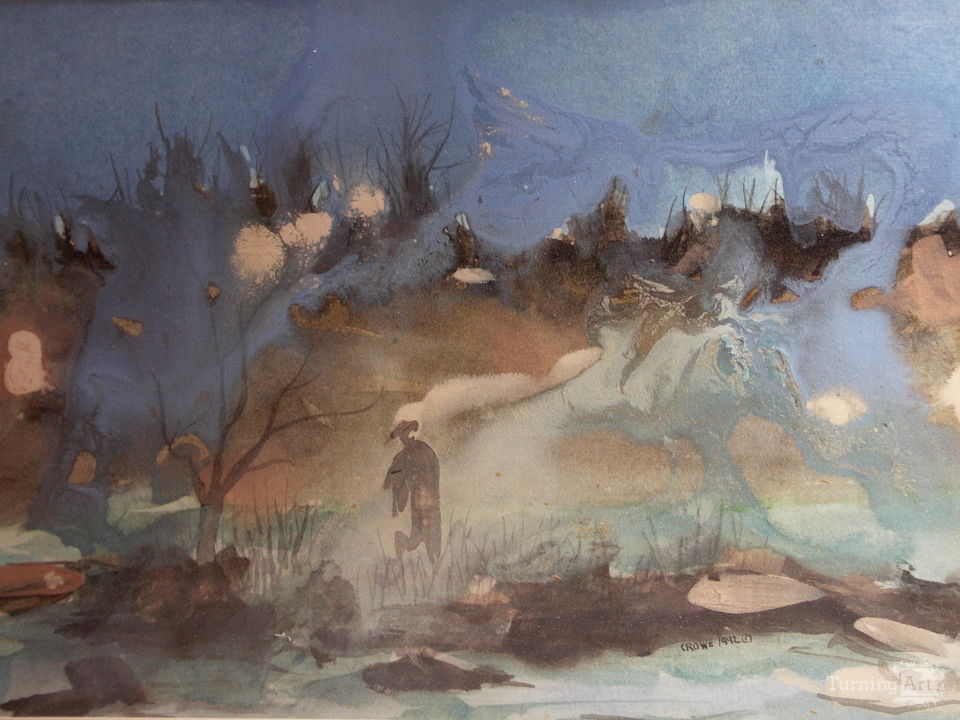 The Mists Rise Behind Monsignor

The mists rise behind monsignor and his accomplice while floods separate friend and foe alike.

Other works by Ira Crowe

He has pursued his art vocation in the intervening years with solo and group shows in Pennsylvania, Virginia and Washington, DC. His works are a part of a number of private collections. He is also a published illustrator. Working with ink, watercolor and acrylic, he has produced hundreds of pen & ink drawings, watercolors and acrylic paintings and works of colored pencil. In these, he has dealt with themes as diverse as Celtic ruins and space travel. He has also created dozens of mixed media compositions and sculptures in metal, wood, stone and combinations of these.

Meticulous in his renditions and skilled in technique, Ira's work is unique. It is high quality art which captures the imagination of the viewer and demands of the viewer an interaction with the art. The viewer must, by nature of the piece, create the story both before and after the moment in time captured by the artist. Indeed, it has been most aptly described as "Interactive Art."

Viewers have sometimes asked Ira what is meant by a work. To this, he responds "For me, at least 50% of my artwork is that which the viewer brings to it. If a viewer doesn't contribute his own ideas and conclusions, I’d feel my work was a profound failure.
We are all artists. I've often been given surprising new viewpoints from the remarks of others about some drawing or painting.
It is an exchange, person to person, and I value it."

Ira has lived and worked in Arlington, Virginia just outside of Washington, DC for the past 30 years, where he is well known and respected in his community.