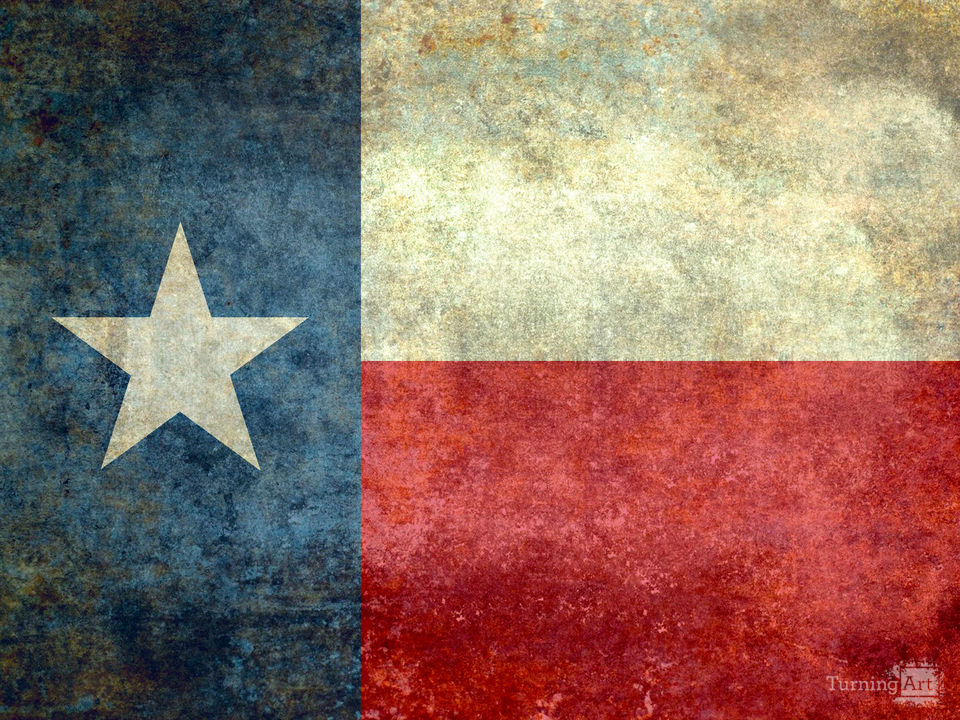 The Texas flag is known as the "Lone Star Flag" (giving rise to the state's nickname "The Lone Star State"). This flag was introduced to the Congress of the Republic of Texas on December 28, 1838, by Senator William H. Wharton. It was adopted on January 25, 1839 as the final national flag of the Republic of Texas.
Montgomery County is officially the birthplace of the Texas flag. The actual design of the Lone Star Flag remained a mystery until the Texas House of Representatives passed House Resolution 1123 in 1997 commemorating Montgomery County as the flag's official birthplace. Dr. Charles B. Stewart is credited with creating the inspirational banner of the State of Texas.
When Texas became the 28th state of the Union on December 29, 1845, its national flag became the state flag. While the Lone Star remained the de facto state flag, from 1879 until 1933 there was no official state flag. All statutes not explicitly renewed were repealed under the Revised Civil Statutes of 1879, and since the statutes pertaining to the flag were not among those renewed, Texas was formally flagless until the passage of the 1933 Texas Flag Code. The official Pantone shades for the Texas flag are 193 (red) and 281 (dark blue). The flag, flown at homes and businesses statewide, is highly popular among Texans and is treated with a great degree of reverence and esteem within Texas.
In 2001, a survey conducted by the North American Vexillological Association (NAVA) rated the Texas state flag second best in design quality out of the 72 Canadian provincial, U.S. state and U.S. territory flags ranked. The flag earned 8.13 out of 10 possible points.