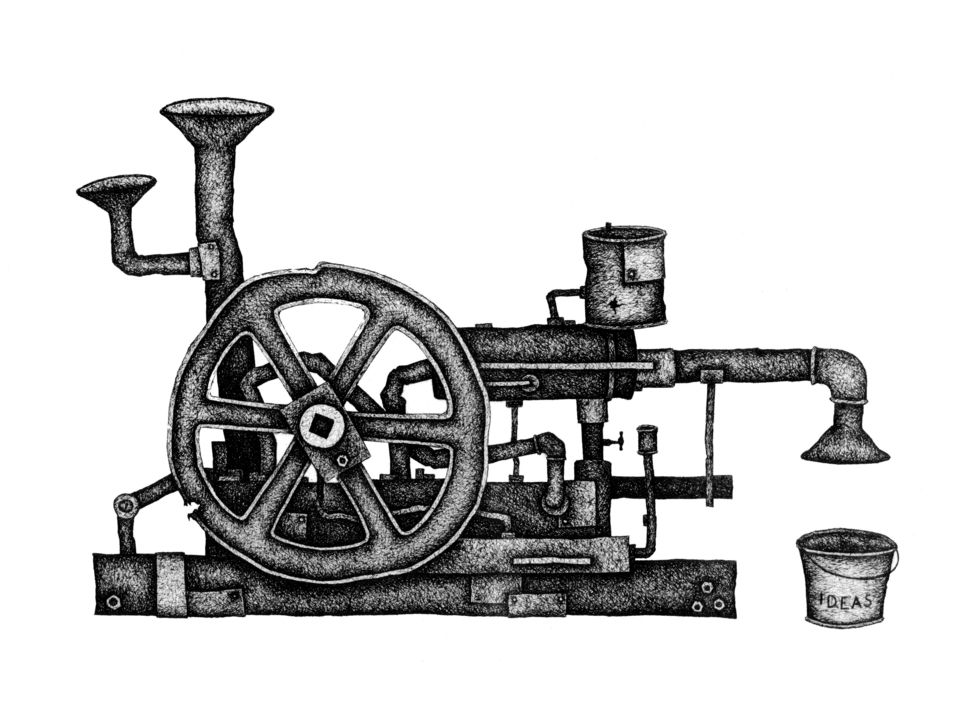 This is how ideas work: Simply input inspiration and motivation into one end, and watch as the Idea Generator churns out fresh ideas. Some maintenance required.

Other works by Debbie Fong

After graduating from Boston University in the spring of 2012, artist Debbie Fong set out for New York City where she now works as a graphic designer by day and as an illustrator by night. Illustration started for Debbie during a seven-month trip to Europe where scribbly pen drawings in a moleskine sketchbook became her primary creative outlet in an environment rich with inspiration. Since then, she has expanded her process, producing larger pieces and experimenting with a variety of media. However, she continues to return to her black ink pens for the simplicity and beauty of black and white drawings.

Her work often depicts a curious world a lot like ours, wherein familiar subjects may be presented in unfamiliar ways. With each line of ink, she optimistically hopes to inspire whimsy and curiosity in today's world, where she feels there is not nearly enough wonder.