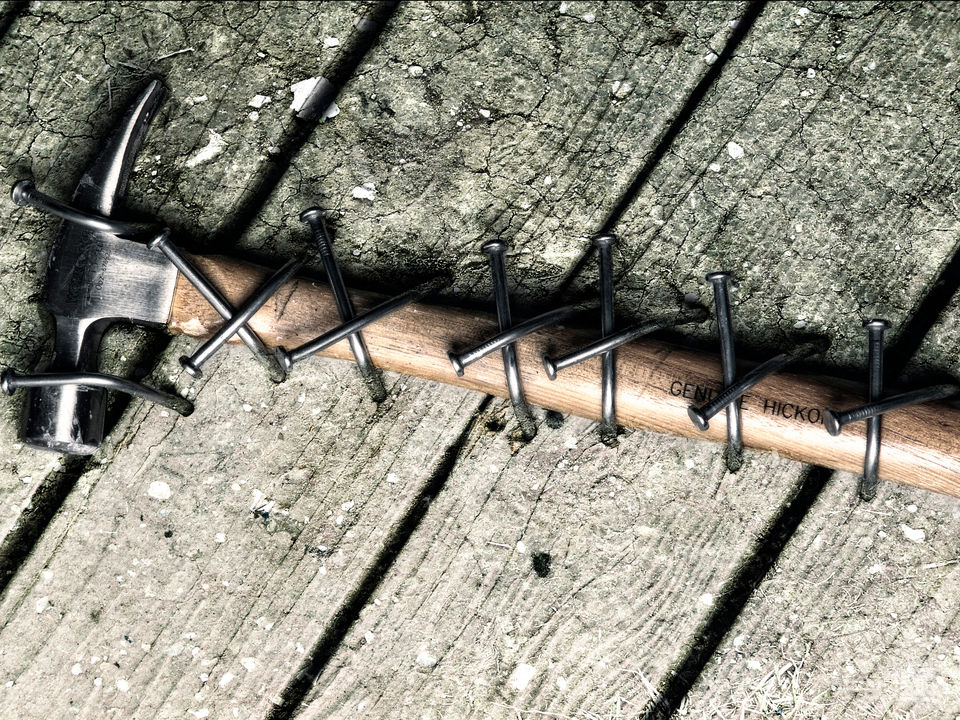 Nails get their revenge.

Other works by Corey Woolsey

Corey has been working in the field of photography since 2007. He studied photography at Ivy Tech Community College, graduating in 2012 with an associate of applied science in visual communications. He began working in the field of photojournalism three years earlier when he was hired by the Mount Vernon Democrat. Later that same year, Corey was named the newspaper's lead sports writer.

In 2011, Corey won second place in the Excellence in Sports Photography division of the 2011 LCNI National Editorial Contest. He is a member of the National Press Photographers Association.