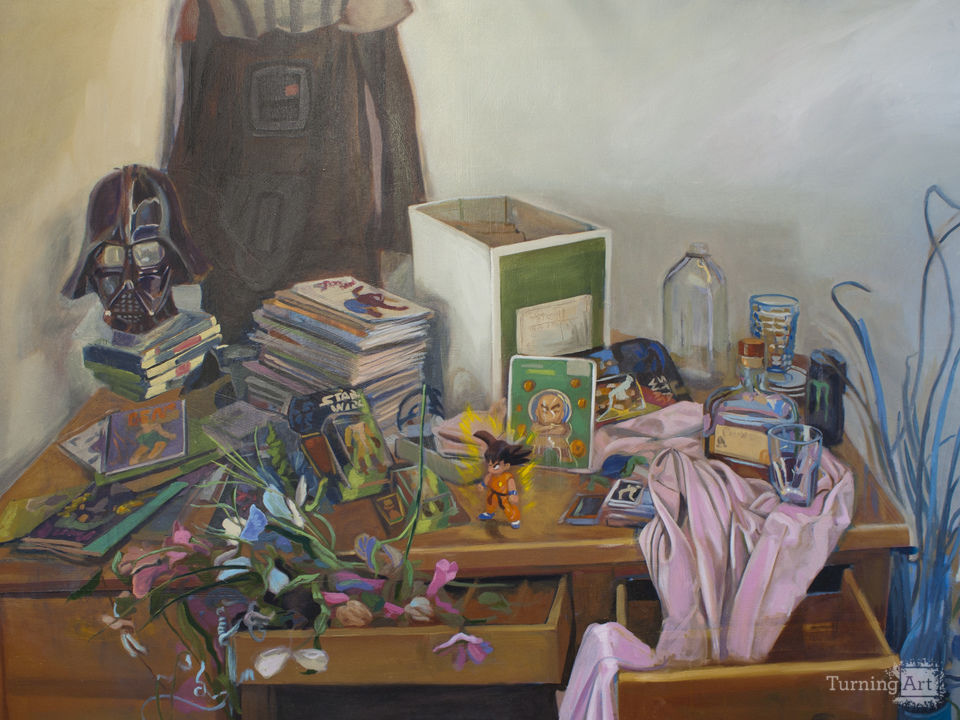 A composition reminiscent of a past collection, and a past glory of art.

Other works by Jake Johnson

After the death of his father and the disappearance of his brother, Jake threw himself at his childhood dreams, which were filled with comic books and science fiction. This inspired Jake to become an artist. At college, he opened his eyes to the world around him and began to understand the state of art. Filled with an unyielding love for today's art, Jake is working hard in bring his masterpieces to life. Through his dedication, Jake is becoming what some refer to as the “art hero.”

A realist painter living in the Midwest, Jake uses a range of classical painting techniques. His work emphasizes a past historical glory in art, and his paintings of heroes are part of a revival in classical art.

Jake’s artwork has acquired national and international recognition. His work has been recently showcased in the Wetpaint Exhibition at the Zhou B art center in Chicago, he is also an upcoming show in New York City at the Prince Street Gallery which is juried by artist William Bailey.