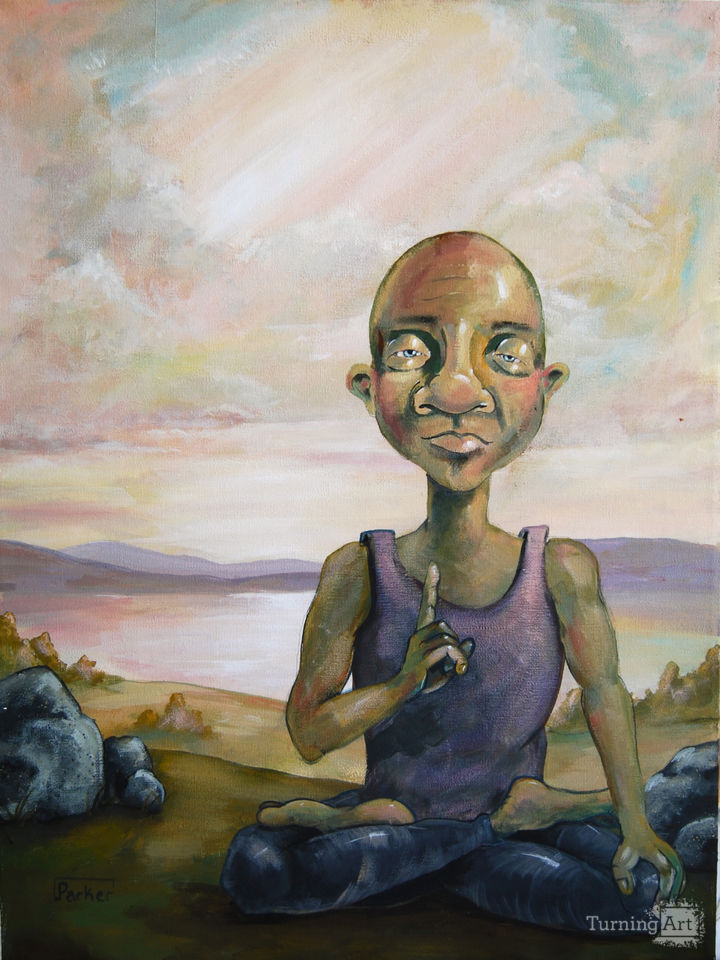 I painted this piece based off a guy I saw performing yoga in the park. The title is a reference to Yosemite National Park. At the time I was missing California a lot and needed a reminder of my home State.

Other works by Parker Carson

Since 2006, Parker Carson has been showing as a professional artist. From the beginning Parker has been constantly developing his style of art, always trying to push his abilities both in technique and mediums. Parker’s first professional show was at the 20th Street Art Gallery located in downtown Sacramento, CA. At the time he was painting still lifes of fruits and vegetables in a style inspired by classic Dutch techniques. From his first show at the 20th Street Art Gallery Parker formed a strong bond with the gallery and would continue to show there for the next three years. He then began to seek other venues to show and house his work. Some of these venues include the Blue Line Gallery in Roseville CA, the Old Soul in Sacramento that houses a permanent piece of Parker’s work and the Cocker Art Museum.

During this time, Parker continued to change and morph his style of painting. Pulling inspiration from his childhood, modern artist, and interactions with people, he began to find the style he is known for today. Parker used this time of exploration to experiment with oil and acrylic paints, varnishes, mix medium and countless other techniques both to find what was going to work best for his developing style and to add to his breadth of artistic ability. He continued to show in Sacramento after moving to Portland, Oregon in the fall of 2008. While in Portland, Parker continued to produce art while attending Portland State University. Finally he found a gallery in the Portland area that he felt fit with his style and view of art as a whole. In February of 2010 Parker found Gallery Zero located on the east side of Portland and booked his first Portland show on the spot for that April. Since his first show at Gallery Zero he has shown again in September 2010 and June 2011.

Now at the age of 21, Parker Carson continues to push his abilities as an artist. Parker’s most recent series involves painting the people of Portland. Everyone he has painted has been a result of a chance encounter, a person he has seen across the plaza, someone on the bus, wherever he saw them he never talked to them, never knew them and after Parker paints a mental picture of them, he never see’s them again.