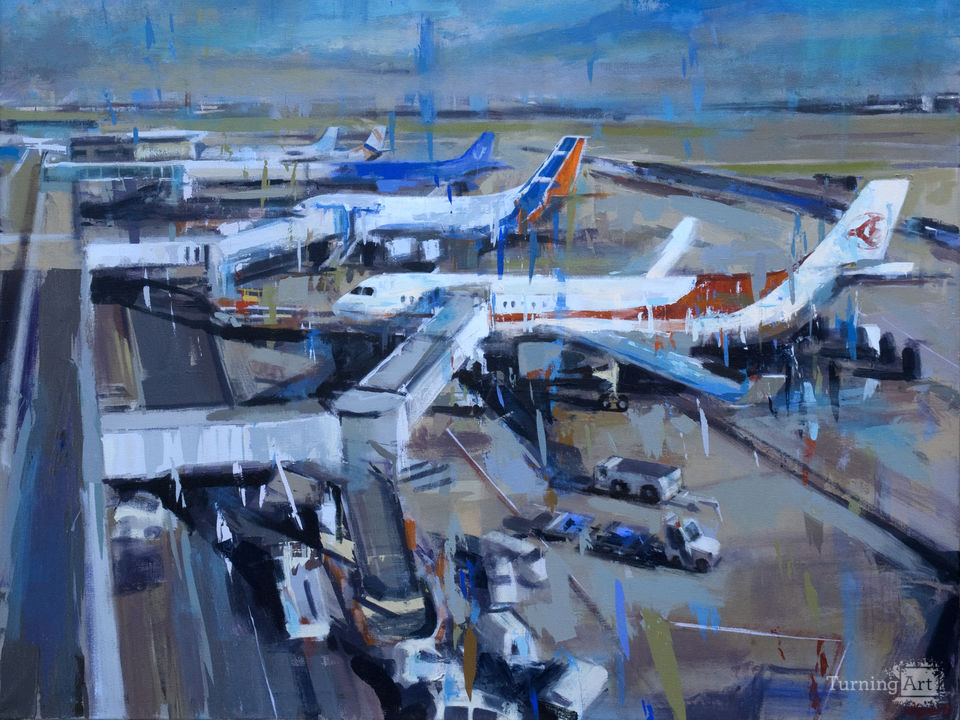 Other works by Jeff Bye

Jeff is originally from Long Meadow, Massachusetts. From an early age, he showed a talent for rendering still lives and landscapes. Because visual communication always interested him, he decided to pursue art after graduating high school.

Jeff entered the Rhode Island School of Design (RISD) for his undergraduate studies, where he discovered his passion for the human figure. Jeff spent a year in Rome, Italy through RISD's European Honors program where he studied classical art and architecture.

After RISD, Jeff continued with his graduate studies at the New York Academy of Figurative Art. His formal education exposed him further to the works of artists like Henri Matisse, Pierre Bonnard and Lucian Freud, whose styles influence his work to this day. Also while in New York, he was able to focus his attention further with the figure while taking advantage of New York's vast cultural resources.