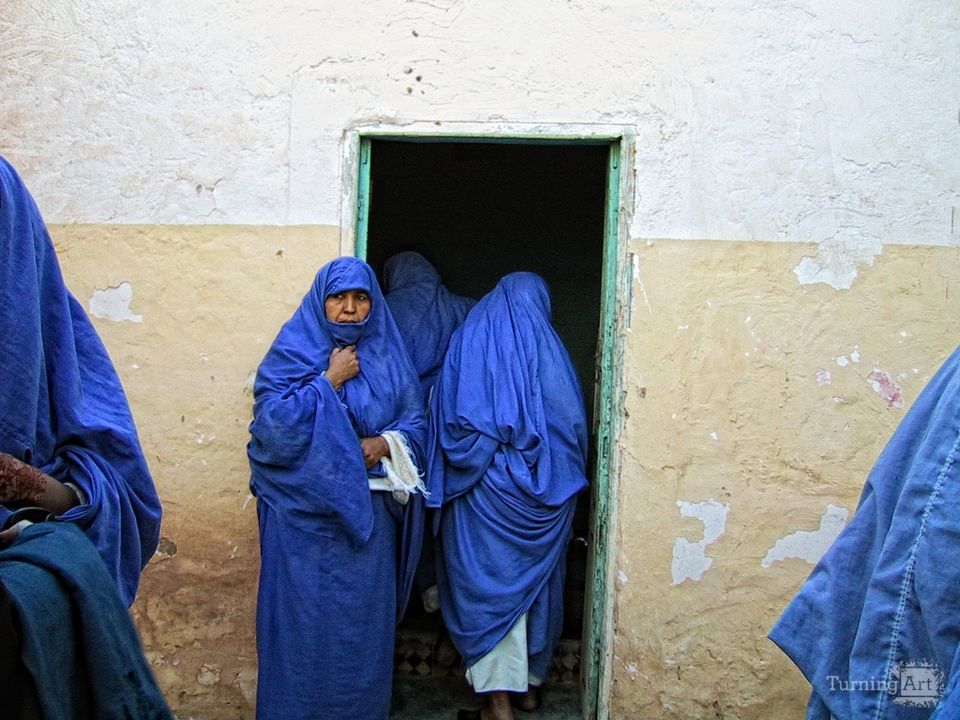 A group of women musicians from Taroudant, Morocco.
From the "In Passing" road series.

As a writer, filmmaker and multi-disciplinary artist, I find that photography allows me to interact with an external situation through an internal looking glass. Much of my photographic work has been 'on the road' and as such, there is a natural link between the inner and external journey.

Other works by Terrance Grace

Terrance Grace has been working as a visual artist and a writer for nearly twenty years. After graduating from Minneapolis College of Art and Design and New York University’s Tisch School of the Arts—and before crossing over into dramatic fiction—Terrance continued his exploration of film as a ‘moving painting.’ In doing so, he used the medium as a tool to highlight deeply personal and emotional themes. His photographic work during this period resulted in a series of black and white landscapes that also explored an inner dream-like world.

Terrance has also worked extensively as a documentarian for several international television networks. His documentary work extended to photography with an extended series of street images from around the world.

Currently, Terrance continues to explore emotionally-charged subjects that cross cultural boundaries. He most recently created an original video piece, "La Llorona," that was exhibited as part of the LA County Metro Bus series, "Out the Window."