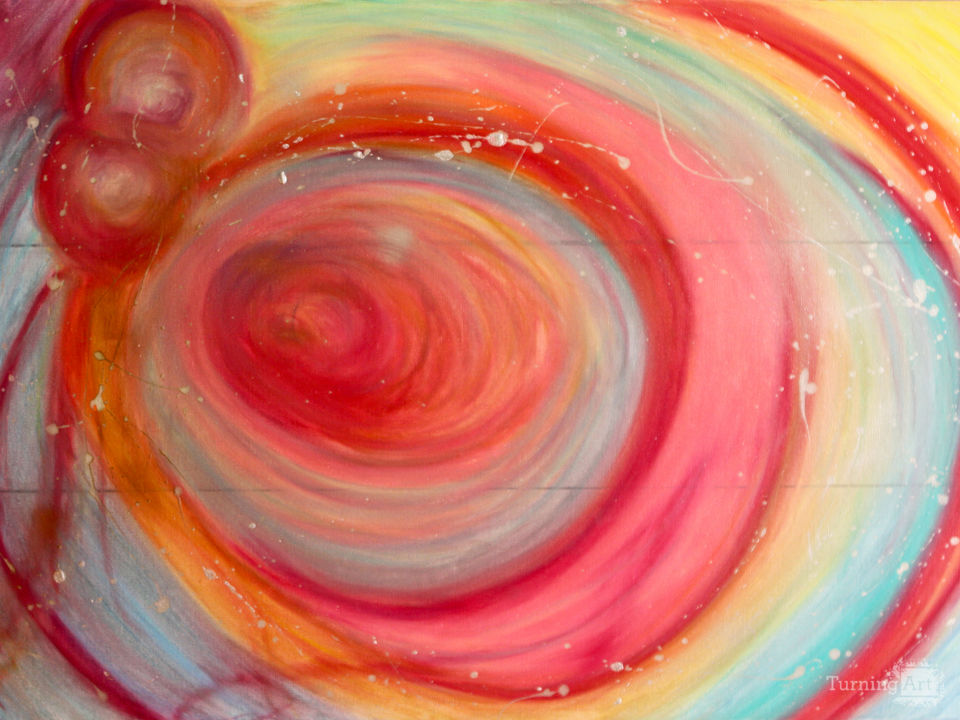 Everything is but the perception in which we choose to see. Life can be beautiful or life can be painful, it really is your choice. The black lines subtly behind the enlivened colors represents chains: chains that can bind you and keep you down, feeling trapped by circumstance, person, place, emotion – whatever the illusioned imprisonment may be. The swirling colors represent the beauty and possibilities that are floating and emerging for anyone to see when they choose to move beyond limitations.