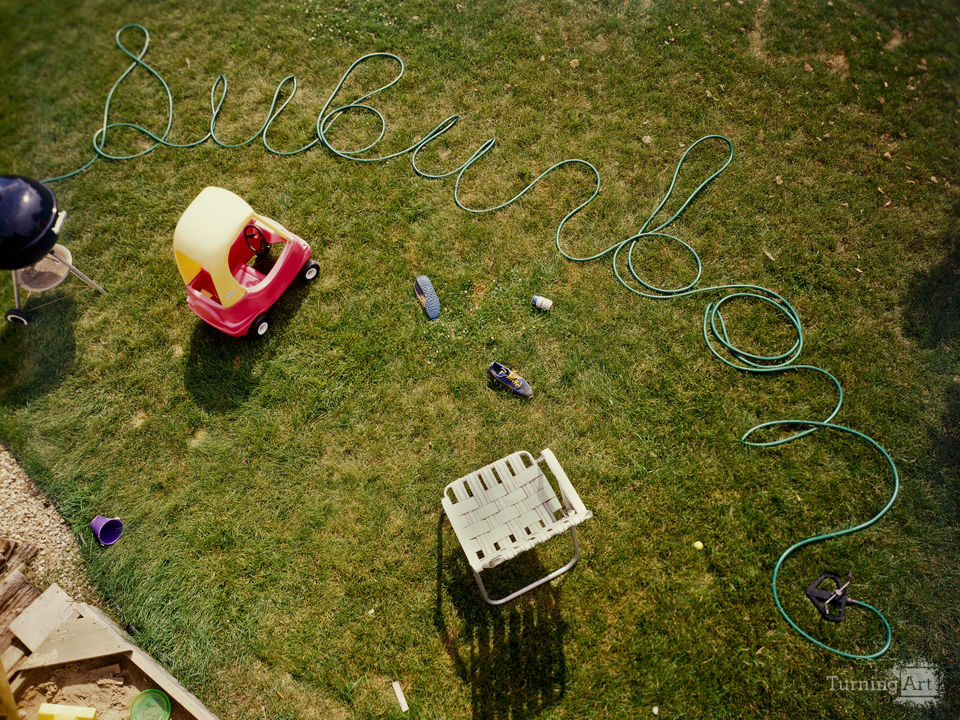 Hose bent into cursive on a yard full of suburban paraphernalia.

Other works by Tyler Robbins

Tyler Robbins' life is not uncommon, and that’s exactly where he positions his art practice and aesthetic.

Becoming suburban was not his long-term goal, but it might be a part of a bigger plan. Since Tyler was born into his role as a middle-american suburbanite, you might imagine that finding locations for his photos was the easy part. He works with what’s available; though it may seem boring, it’s easy to get lost in the familiarity. Seeing something new in a new place is easy, but finding something profound in well-worn routines is not, and that’s precisely what makes Tyler’s work so interesting.

Tyler and his art hail from Sun Prairie, WI. It’s a small city with a population just shy of thirty thousand and Tyler lives smack dab in the middle of one of its beige subdivisions. When he's not working at his job or spending time with his family, he's busy contemplating new scenes of visual intrigue right in his very own backyard.