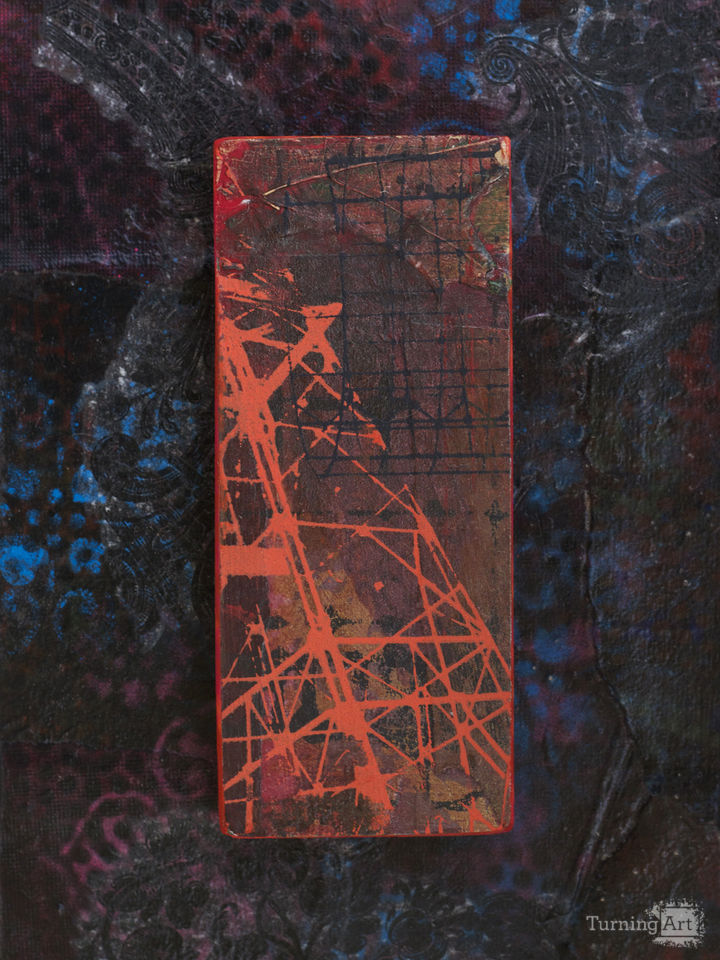 This is a multimedia collage on two separate layers of plywood. The brighter colored layer is 3/4" Plywood glued to the darker, background layer of plywood. It is a mixture of collaged papers, magazine and newspaper articles, screen printed inks and spray paint stenciling.

Other works by Chris M. Clark

Chris Clark grew up in the suburbs of Philadelphia. The son of a carpenter and a nurse, Clark was introduced to graphic arts by his grandfather who is a sign painter. It was apparent that Clark was interested in art at a young age and he was enrolled in after school and weekend art classes.

Throughout grade school he was exposed to sign painting and fabrication and various forms of residential and commercial construction. Sign painting and construction became very influential to Clark’s work as his style began to develop in Art School. A graduate of Kutztown University with a degree in printmaking, Clark now lives in the city of Philadelphia. He has shown his work in various galleries in the Boston, Philadelphia & New York Metropolitan areas, Los Angeles CA, New Jersey, Maryland, Allentown and Harrisburg Pennsylvania.

"Check out this article about Chris' work on Curbs and Stoops": http://www.curbsandstoops.com/chris-clark/