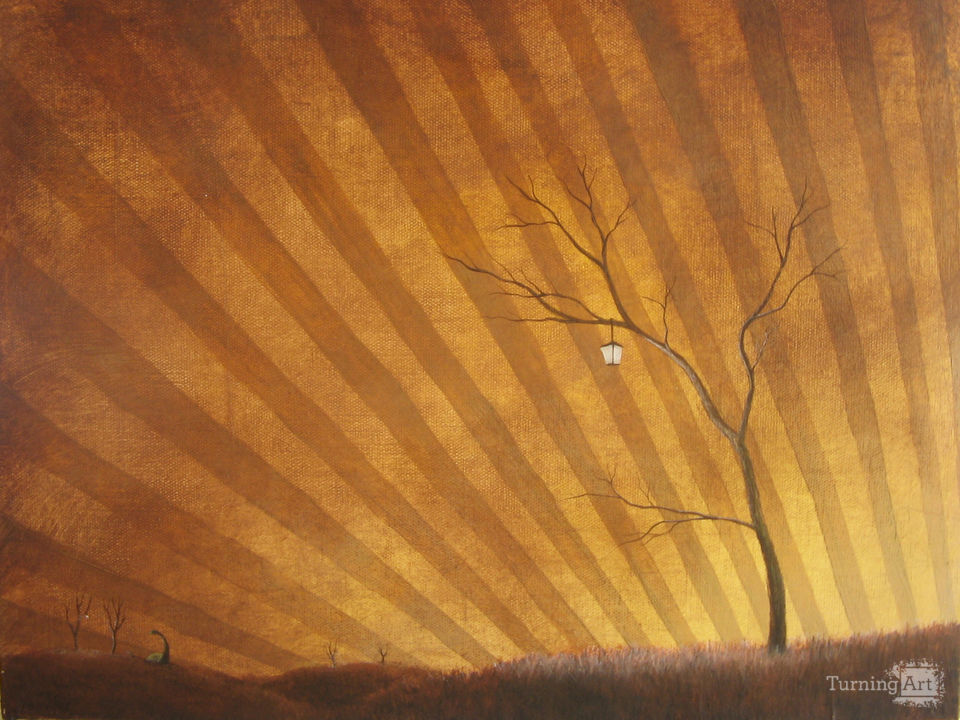 Some Things are Still Real

I seek to recreate the edges of those holes worn in a person’s past. To create images of situations that conjure up a memory you may have had, something similar to a feeling you once experienced. To make images that allow you to place yourself in them, to change them around and use it as a patch for a hole you have, to make your story more complete. In my paintings I attempt to capture the beauty of faded memories and dreams.

I think there are certain things in life that all people have been astounded by, hence my large skies, distant horizons, and imaginary creatures. I hope to create not moments of greatness, but rather moments where greatness has become mundane and attainable, moments that the viewer can place themselves inside.

Other works by Shawn Bonsky

Shawn Bonsky spent a majority of his childhood living in Detroit, Michigan, but at the age of 11 moved to rural South Carolina. While Shawn grew up loving the industrial lines of cities, he slowly began to experience the beauty of open fields and empty forests as he entered his teens.

Shawn attended Florida State University with an academic scholarship, aiming to learn as much as he could about beauty, culture and life in general. After a few years he became restless so he packed up and moved to NYC to learn about life the hard way. He wandered the streets of the city, eventually squatting in the Lower East Side and living in a self-made shack in Brooklyn. After a couple years he became restless yet again, and decided he would try living in Japan. While Shawn lived in Hiroshima for a couple months he realized that he missed the states too much to stay in Japan. He then moved to Philadelphia and fell in love with a town where he has lived ever since.

Shawn is always hoping to improve his skills, and has traveled the country searching for vistas to inspire greater beauty. His work is inspired by dreams, by memories, and by myriad legends and folklore. He hopes to inspire a sense of nostalgia in his audience, a sense that the image you see, while new, will tug at the back of your mind and make you think it has always belonged there. You decide for yourself if he has been successful.