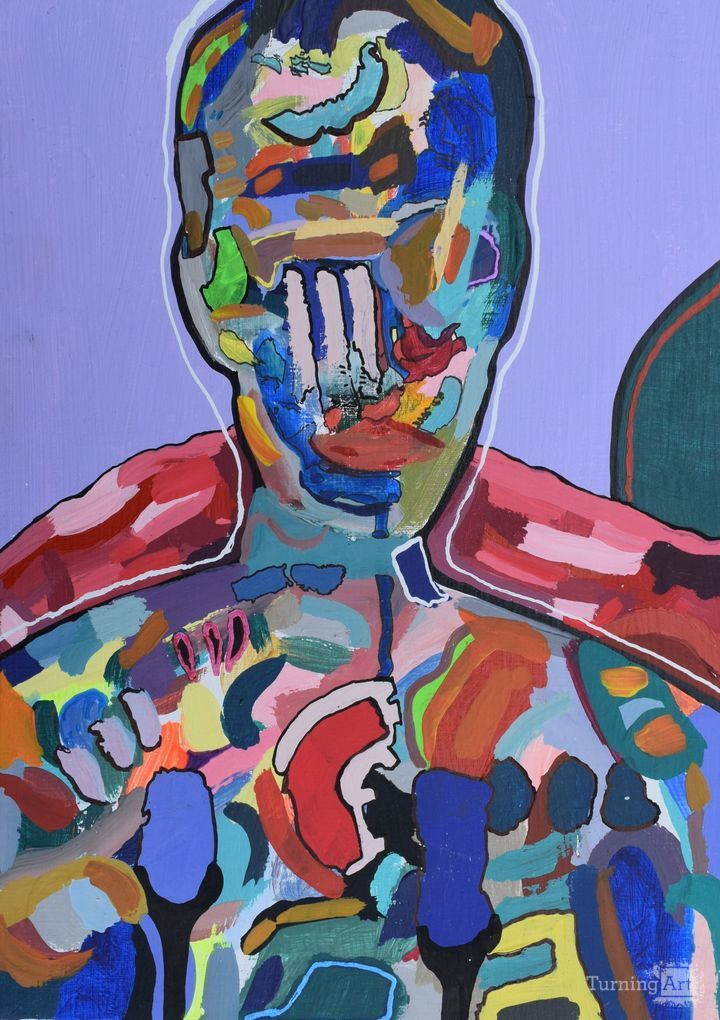 "Dreamlike" is a series of paintings based on dream experiences. From a limited and colorful palette to the deformation of an apparent distorted perspective of things.

Other works by Miguel Adolfo Sosa

Miguel Adolfo Sosa (born 22 July, 1981), also known as Abril Sosa, is an Argentinian painter, poet, and musician.
He regards himself as self-taught painter. With expressionist roots, his influences range from Egon Schiele and Oskar Kokoschka to other styles and artists such as Francis Bacon or his fellow countryman Luis Felipe Noé.
Although he began his artistic career as a musician, his life was always surrounded by plastic arts. He took part in different movements, building up ties with numerous local painters while he was anonymously developing his own style.
In 2020, Sosa retired from the music scene and published Otros engranajes, his first poetry book. Currently, he finds himself creating Maps, a series of large paintings which he plans to exhibit in cities from around the world.
With a messy but lively, and personal style, Miguel Adolfo Sosa found his calling late in life, like Kandinski in painting or Saramago in literature. Nevertheless, these first steps as a full-time painter reveal that his long-term relationship with plastic arts, as well as his profound knowledge in this field, make his paintings portray glimpses of maturity and consolidation.