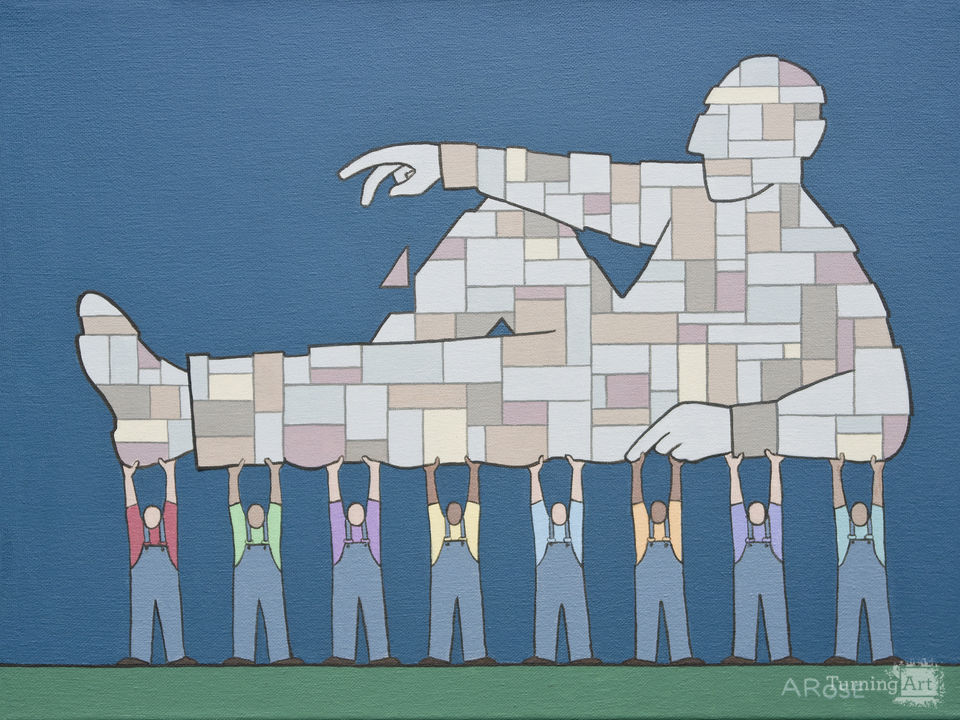 A rugged individualist and some behind-the-scenes bootstraps.

Other works by Alan Rose

Alan Rose was born and raised in rural Nebraska. After a stint in the Navy, he moved to Chicago where he attended the School of The Art Institute of Chicago. Over the years he held a variety of jobs but finally settled into the graphic design/illustration field, working mainly in the Pacific Northwest. For the past eight years Alan has been a full-time painter in Portland.

Alan's paintings depict ordinary people in everyday situations, but with a quirky, offbeat point of view. He begins by making quick, scribbly drawings on paper until an interesting image and concept emerge. He looks for the right balance of seriousness, silliness and ambiguity. When he begins to apply paint to the canvas, his technique becomes more constrained and precise. His flat, cartoony and controlled imagery suits his preference for edgy but droll humor.

But does humor have a place in serious art? Alan thinks so because he believes that humor is an essential part of reality, not merely a distraction from it.