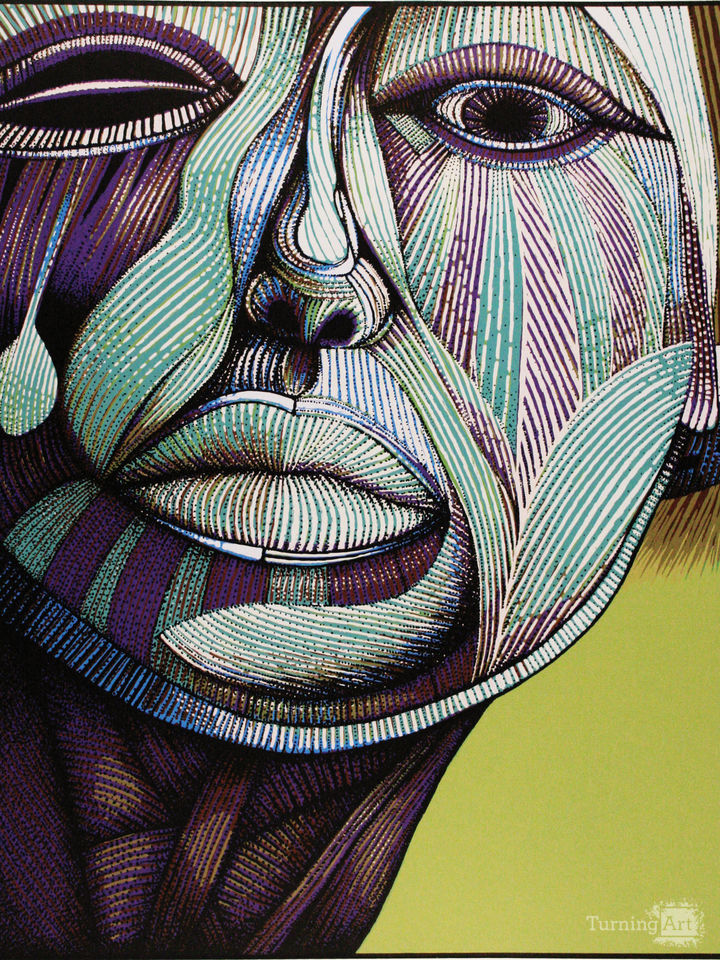 As I see it, the human figure embodies what life is all about, in more than the physical plane. It is the symbolic image of existence. Through the years, my morphic re-invention of the human figure has given meaning to the search for my own pictorial language.

Born in San Juan, Puerto Rico in January,1955, Rubén Miranda started his career in fine arts in 1971, while completing his B.A. in Education at the University of Puerto Rico. There he studied printmaking, drawing, painting & sculpture under the wing of professors Felix Bonilla Norat, Luis Hernández Cruz & Susana Herrero among others.

After graduating he moved to Florida and earned his Masters Degree in Fine Arts at Florida State University.

In 1976, Ruben won awards in painting and drawing at the Festival de Navidad del Ateneo Puertorriqueño. In 1981 he received an Individual Artist Fellowship from the Florida Arts Council and the National Endowment for the Arts. His work is included in the Museo de Arte Contemporáneo in San Juan, The Mobil Oil Caribe Corporation in San Juan, and was recently a part of the Serie Project in Austin, Texas. Miranda was also a finalist in The Hunting Prize Art Exhibit in Houston, and has shown his work in other exhibits in the DFW Metroplex and in Puerto Rico.

Living in Grapevine, TX for the over two decades, Miranda works as a Graphic Designer for The Dallas Morning News. He is a member of the Visual Art Society of Texas, The Texas Artist Coalition and The Artist Coalition of Puerto Rico.