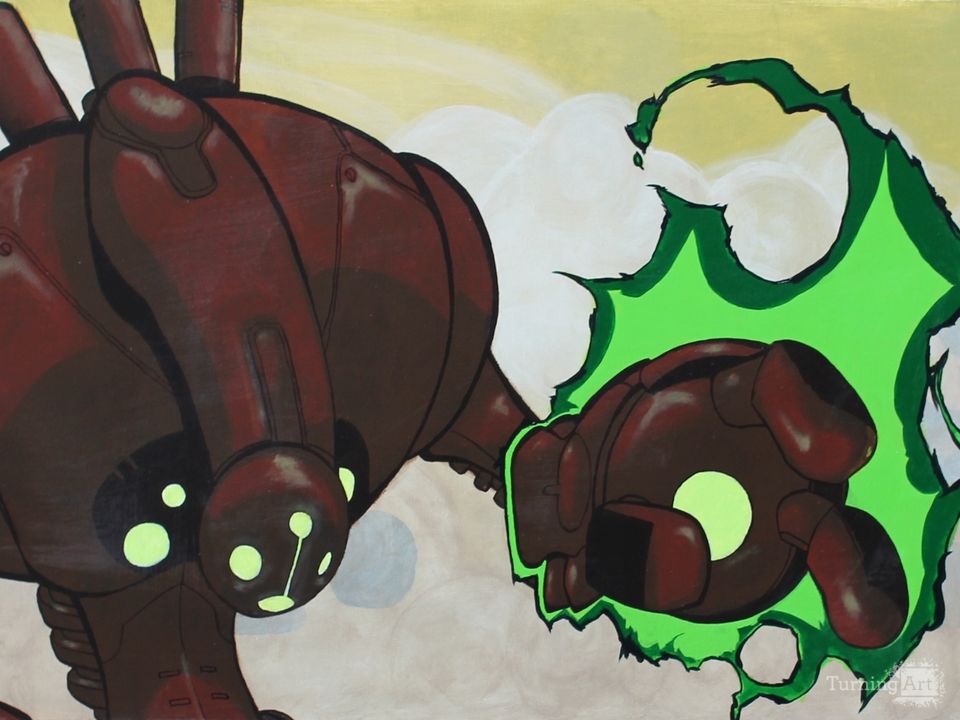 I've always been fascinated with sequential storytelling as an art form. The most prevalent examples of this style are seen in the art of the graphic novel and comic books. The dynamism of the genre, combined with the exploration of social archetypes as abstractions into superheroes is intriguing. This form of art also allows for a wide range of color palette choices which most fine art techniques would consider garish.

This piece, the first in a three part panel story, begins to tell a story in which the archetypes are present but the context is abstracted. The second piece, entitle 'Glare', introduces the second character and advances the story.

Other works by Cord Woodruff

Cord Woodruff lives in Atlanta, Georgia. After spending a decade pursuing the scientific and intellectual aspects of engineering, as well as human factors and user experience design, Cord decided it was time to allow his artistic side to take over. He dove in headfirst and opened an art and design studio, which he refers to as his “not-so-secret lair,” in Atlanta’s West End artist community. Besides painting, illustrating, design engineering, and sculpture, he enjoys working on plans for world domination and creating an army of minions.

Cord has been greatly influenced by his childhood and the isolation that followed him as he grew up. Cartoons, comics, super heroes, super villains, science fiction and fantasy all intermingle in his work. He brings these together in paintings, drawings and mixed media. His work usually deals with different emotions and feelings: happiness, sadness, curiosity, anger, etc, but fundamentally, it tells stories, ones that involve movement, energy and emotion.