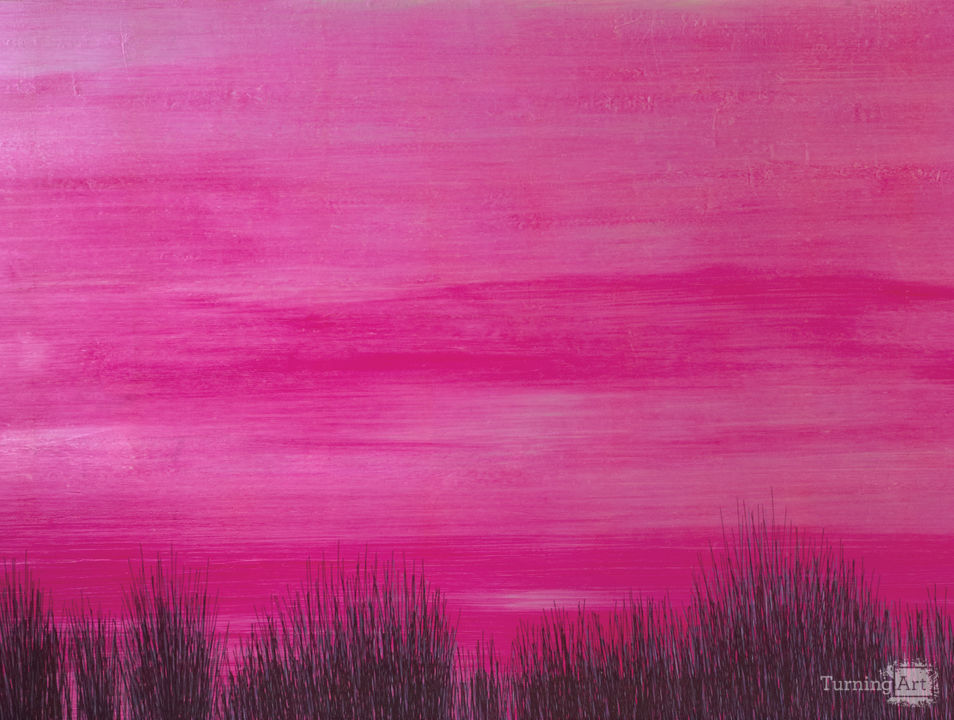 My current work is about exploring the physical world through abstract means by using simple visual notations that reflect the history of time and space. My paintings contain complex fields created through the persistent repetition of simple lines in many colors. The multiple layers of marks interact to create a variety of visual experiences. These paintings are created primarily with a tool designed for pin-striping automobiles, which I use to apply precise lines on subtly-textured canvas. The lines of different colors work in conjunction with each other to create a visual color that is a hybrid of its components. Essentially, the colors coalesce in the viewer’s eyes, an experience known as the optical mixing of colors. I have used this technique primarily to create abstract landscapes, seascapes, and starscapes. The millions of tiny marks I make create a feeling that is similar to observing the physical world. A real landscape, seascape, or starscape is by no means still. It is actually moving constantly—e.g., waving grass, flowing water, shimmering stars. The marks on these paintings also visibly fluctuate, creating a sense of constant movement and change.

Other works by Kenneth Ober

Kenneth Houghton Ober was born in Cambridge, Massachusetts on February 22, 1972. Kenneth's creative abilities began to surface in elementary school and had become his focus by high school. Through the guidance of an excellent teacher, he was encouraged to explore all forms of media, and was instilled with the means to provoke his imagination.

Kenneth studied Art, Art History, and Literature at the University of Maryland for two years. The art, religions, and cultures of Asia served as an introduction to Buddhist philosophy, which led him to Naropa University in Boulder, Colorado.

The desire to connect with a larger art world brought Kenneth to California, where he graduated from Otis College of Art and Design in 2001. Since then, he has lived and worked as an independent, professional artist in Los Angeles. His current series of paintings, made with an automobile pin-striping tool, have been exhibited nationally and internationally.