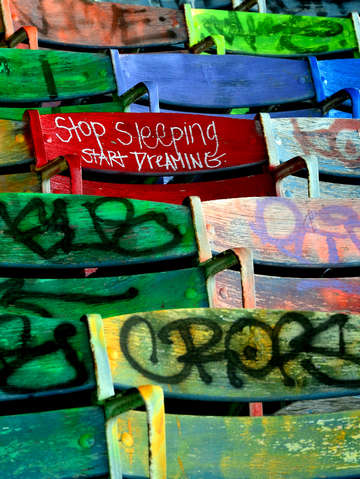 The Miami Marine Stadium, an outdoor arena overlooking Biscayne Bay and the Miami skyline, was severely damaged in Hurricane Andrew, and has since been abandoned and left to decay. In recent years, it's become a mecca for graffiti artists and those adventurous enough to squeeze through jagged holes in the chain link fence….a barrier that shuts the stadium off from its once teeming life. From presidents to rock gods, from symphonies to pop icons, from hydroplane races to boxing matches, the stadium was home to an eclectic mix of American and global culture. Until it can rise again through the efforts of preservationists, it remains a canvas that has been painted over and over again with the colors of the tropics and deep hues of passion….and some poetic wisdom.