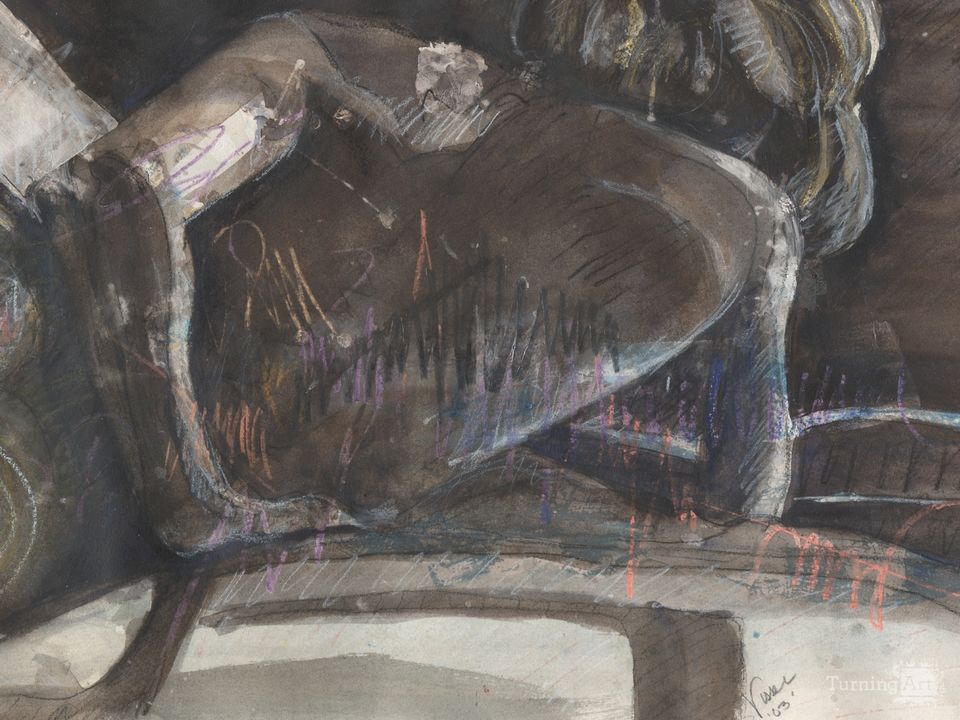 My work is is inspired by my emotional reaction to the environment and the man made world of architecture and infrastructure. The pieces themselves are created from acrylic, oil and other mixed media on a multitude of surfaces usually in series. The process to create a piece is an active physical event or series of events that begin by laying down a gesture, which leads to color, shape, and form until something in it moves me, like a Rorschach inkblot but infinitely more subtle. Images are built layer by layer through translucent color washes, scumbled paint, markings and collage made up of bits and pieces of cast off materials that enrich the surface to reveal a lyrical, magical and often mysterious world.

Other works by Stephanie Visser

Stephanie’s painting began with traditional representational work and evolved into abstract experimental work and mixed media. Her art has been influenced by an interest in architecture, the human form, and the environment. Light, color, and emotional context give her work depth.