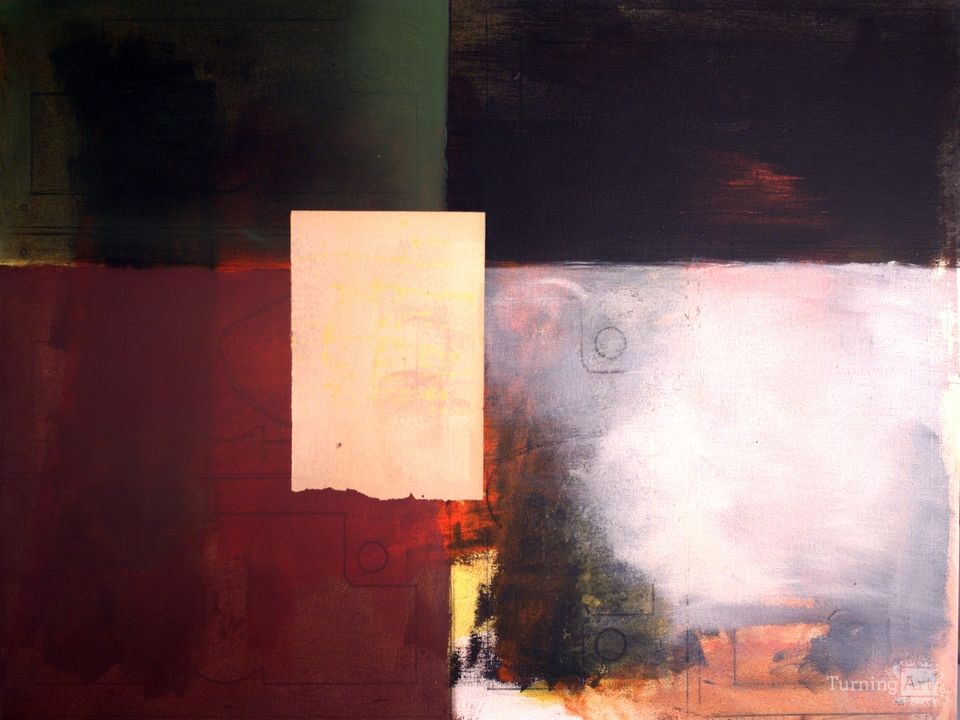 I am conscious of the limits of my time. I use my art to mark the path of my life. Each painting is a diary of some amount of time or other and in looking at older works I can recall what was happening in my life, what I was learning.

Other works by Eric Bohr

Eric Bohr discovered art early on, although back then he was primarily interested in music. Always having had a deep wonder for painting but initially intimidated, he didn’t seriously pursue visual arts until much later. Eventually, and with the encouragement of a friend who recommended the book "The Artists Way":http://amzn.to/pbMEiH Eric decided to again try his hand at producing physical art.

Soon after moving to the Bay Area Eric got his first canvas which allowed him to incorporate these objects in a way not possible with paper. From there on it has been a study in materials and process. Each canvas is another in a series of lessons.