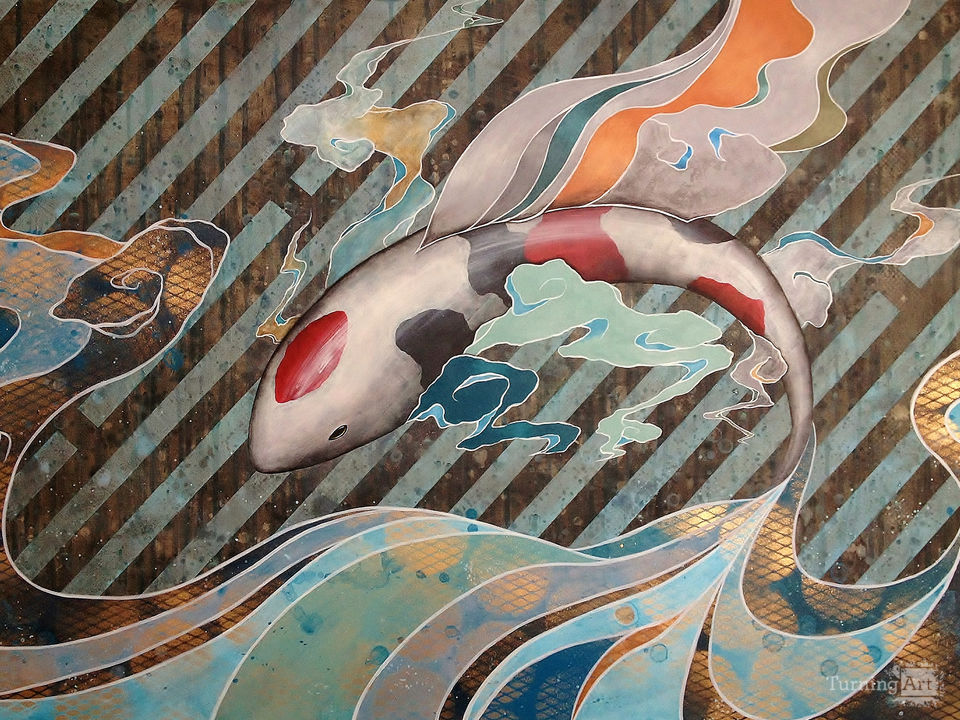 Other works by Jp Novark

JP Novark, a "pop surrealist":http://en.wikipedia.org/wiki/Pop_surrealism, considered by some a lowbrow artist and also an experienced "trompe-l'œil":http://en.wikipedia.org/wiki/Trompe-l%27œil artist, has been an avid painter since his high school debut. His inspiration initially grew from Korean folk tales from his childhood, though he became even more engulfed by surrealism during an opportunity he had to reside in Europe. Overseas he was captivated by many European artists such as Leonardo Da Vinci, Vincent Van Gogh, René Magritte, and Salvador Dali. His ever-growing curiosity in many styles of art, while still focusing on surrealism, sparks his imagination.

Novark is now influenced by many modern San Francisco, New York, and Los Angeles based artists. While learning from multiples new artists’ examples, he still practices the techniques of the old masters. He is still young and blossoming, and Novark hopes his desire to paint will drive him into uncharted territory.