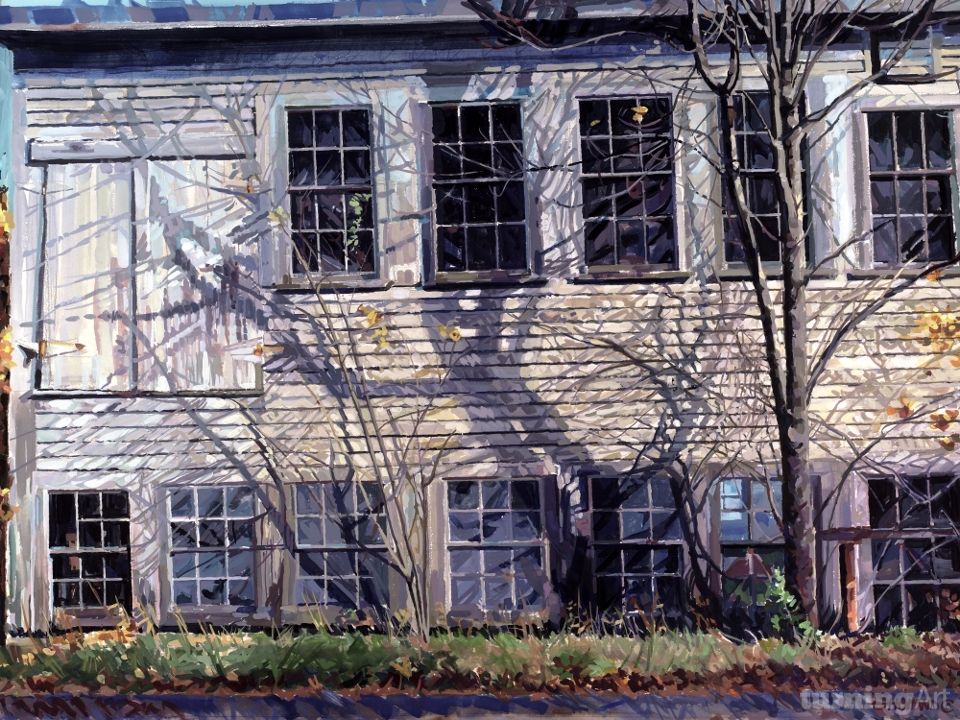 My studio is located in Pembroke, Massachusetts. It is a large space with a north faced skylight. Three large drawing boards, and an easel display work in progress. I always tries to have at least three projects going at one time because it keeps the work fresh.

My media include acrylic, gouache and watercolor. Subjects include landscapes, seascapes, still life and portraits. His paintings are representational and exhibit a return to the disciplines of perspective, composition, design and draftsmanship while maintaining a loose and unique painterly effect. Color contrasts are bold with heightened tonal values that still retain a look of casual application.

Other works by Stephen H. Holland

Stephen Holland was born in Bryn Mawr, PA. He began drawing and painting at the age of seven and has as he says "right brained it" his entire life. He is a graduate of Winthrop High School and was a recipient of the United Nations Art Award. Stephen went on to study at New England School of Art becoming a Dean's List Student. Summers were spent between Prout's Neck painting the Maine Coast and Cape Cod doing pastel portraits on the street where he "paid his dues" and was compelled to observe and draw quickly and accurately.

On completion of his studies, he worked as an Illustrator for a packaging firm and became Creative Director at the age of 25. After 12 years in the business, Stephen moved on to freelancing and teaching.