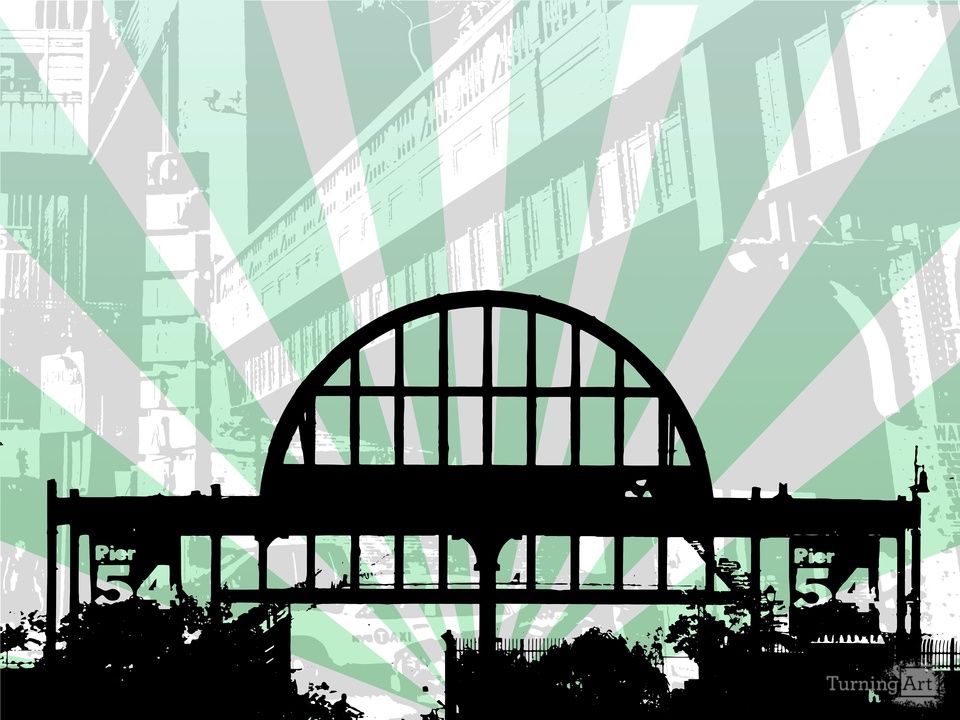 The steel arch foundation of the original building's facade is all that remains today at Pier 54, the former Cunard-White Star Line Pier. The pier has been inactive for decades but was once a bustling port for travelers and commerce at the turn of the 20th century.

Pier 54 has a tragic history. In 1912, the surviving passengers of the Titanic were rescued by the Carpathia and delivered to Pier 54. In 1915, the Lusitania shipped off from the pier and five days later was sunk by German U-boat torpedoes.

Other works by Amy Smith

Born in New Jersey, Amy Smith is a self-educated artist living in Los Angeles. Her love of the urban landscape is reflected in her recognizable metropolitan scenes. Amy has been expanding her scope of mixed media artworks, adding an abstract quality in her approach to color and composition. Her artworks are based on a rich color palette and a strong geometry to create unique perspectives of compelling elements of our culture. With rich experiences showcasing her work in Los Angeles, she has been able to develop her style and following.