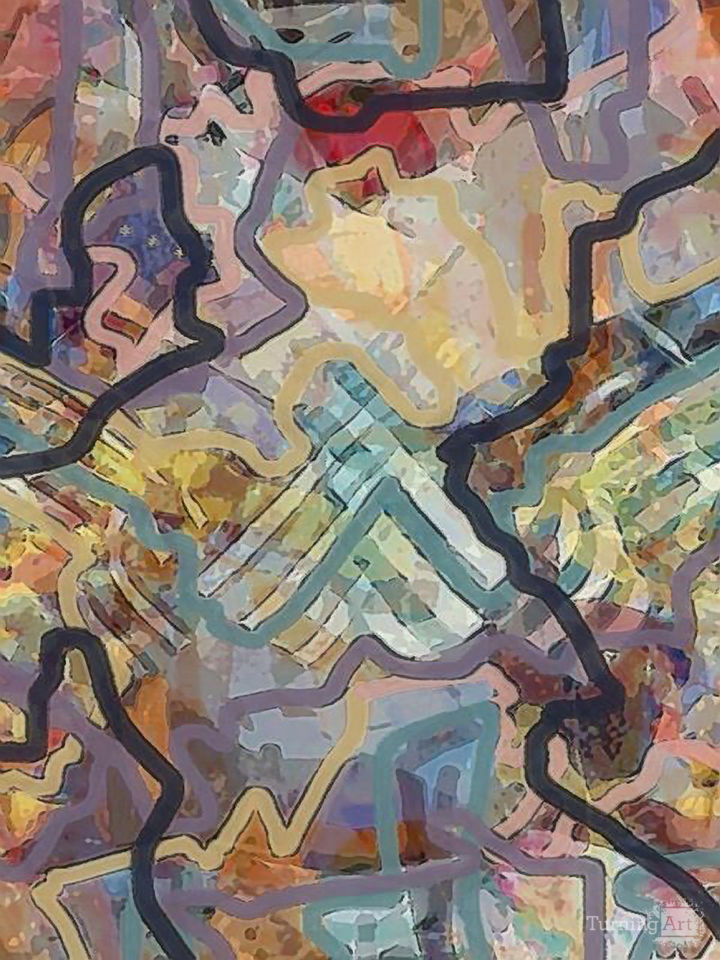 This art was created using my iPhone and an application called Brushes. The original is digitally printed and under plexiglass.

Other works by William H. Miller

William H. Miller creates pictures in an effort to fulfill a desire to create and to explore his own sense of self. He loves observation, and through images tries to show others how fulfilling observing and creating can be. Through seeing, observing, capturing, and then manipulating he creates in his way “found art”. He believes our observations are who we are. We are creatures of our memories. The combining of digital images with those of painting, allows William H. Miller to explore the physical art creation with the non-physical art (a.k.a digital art). This is his struggle and this is his playground – Painting versus Digital Art and the space in between. He encourages his viewers to bring their own sense of self to make their own meanings of his work.

William H. Miller, grew up in Western New York State, after attending Niagara County Community College studying Fine Arts, he pursued his art education in New York City. After graduating from Parsons School of Design in 1983, he began his career as a computer graphic artist. He worked on computer graphics when the technology was at its infancy at Genigraphics as a computer artist. Genigraphics systems (http://www.ge-genigraphics.org) used core technologies that had their origins within the U.S. Military and NASA. As these technologies became available to the public sector Genigraphics utilized them to help create not just a new way of doing things, or a new company, but a new business model, culture and art form. Since that early time, Billy, as his friends call him, has broadened his scope to include graphic design, art direction, painting, digital photography, marketing, online marketing, social media and creating art using technology at his fingertips – the iPhone and iPad using aps such as Brushes.

In 1995, Billy left New York City for Dallas and he worked at AT&T as an Internet Marketing Manager on att.com. Collaborating with many talented designers, programmers, writers and others to produce an ecommerce website to sell and service consumer telecommunications products and services.

In 2004 the opportunity to create full time as an artist presented itself to Billy. He has a studio in which he creates his paintings at Winter Street Studios in Houston, TX – and these days creating digital images and paintings occupies much his workload, but, he continues to look for opportunities to showcase his art, painting in public spaces, and accepting commissions for projects. He strives to continue to evolve and grow as an artist specializing in the visual arts.