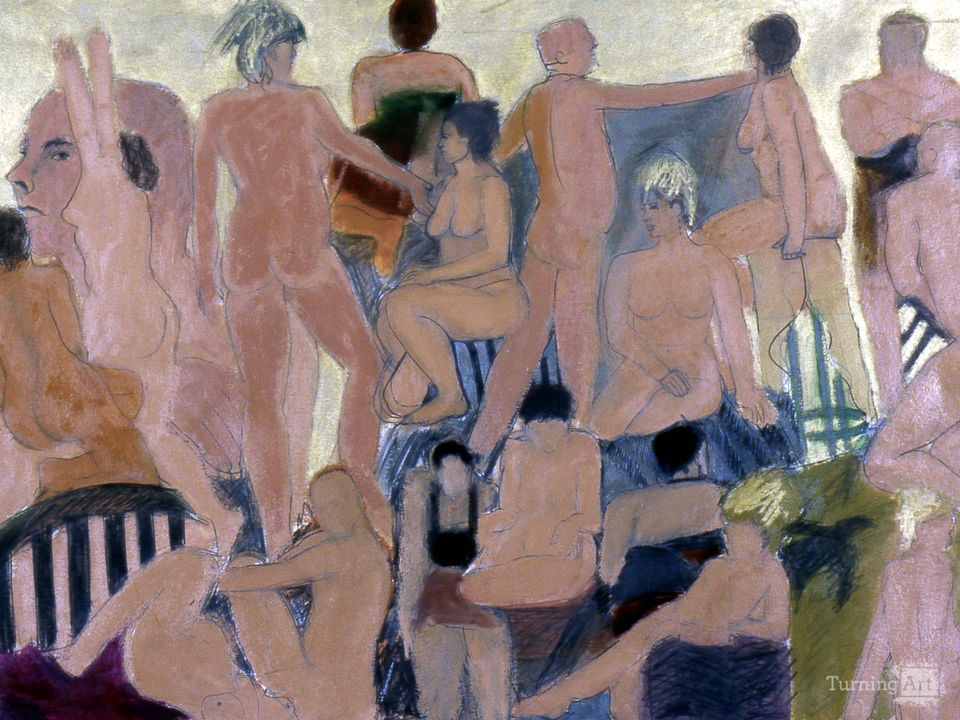 oil pastel and pencil on paper

Other works by Sylvia Sherwin Goldberg

Sylvia Sherwin Goldberg was born in New York City. After she attended "The High School of Art and Design":http://www.artanddesignhs.org, Sylvia earned a degree at Cooper Union for the advancement of arts and sciences. Upon graduation, she worked in the art departments of several major publishing and advertising agencies. After several years on-staff, she became a freelance artist for a variety of agencies, both large and small. Sylvia is now working full-time as an artist in the New York City area.

Sylvia was always fascinated by the human form; not so much by anatomy, but more by the shapes that the human body creates. From the human form, she segued into painting four-legged forms with cats and dogs. Her goal is to capture the outer being of an organism, as well as their inner soul.

Sylvia seeks to express herself through her art rather than her words, and she often quotes one of her favorite painters, "Milton Avery":http://en.wikipedia.org/wiki/Milton_Avery; "Why talk when you can paint?"