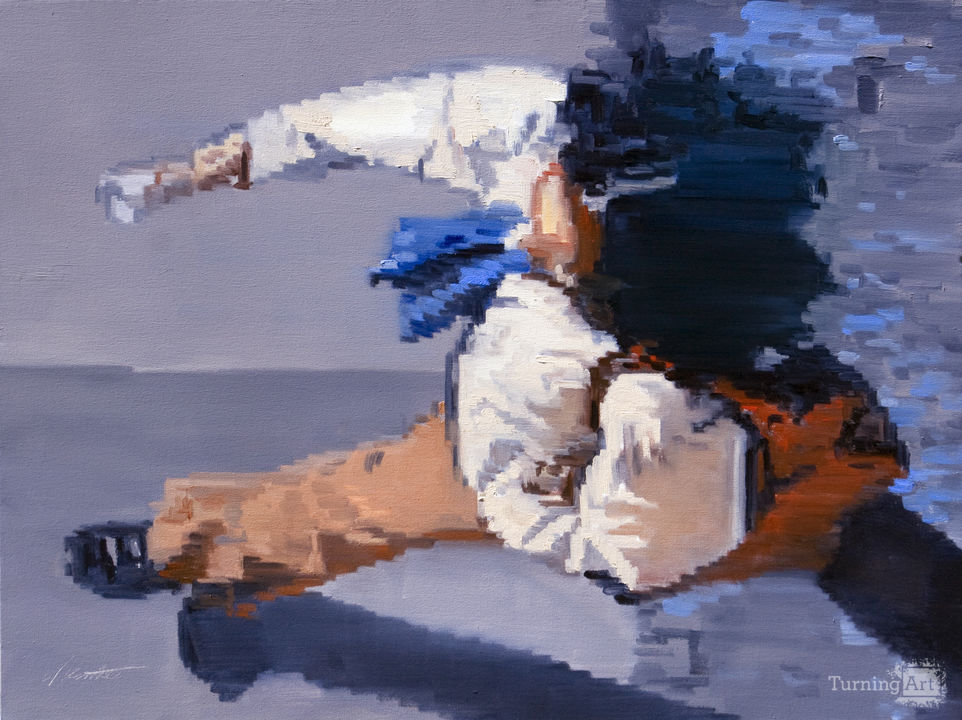 This figurative oil painting from my series, Overview, depicts an overhead view of a woman walking on Boulevard St. Germain, 6th Arrondissement, Paris. The style of this artwork reflects a kind of "pixelated impressionism" where the expressive swashes of paint depict the pixels from the original digital video reference image.

Other works by Warren Keating

Born in New Orleans in 1965, Keating won several regional awards in oil and watercolor painting and received more than a half-dozen commissions before reaching the age of 18. His work now reflects the culmination of 25 years of painting both the figure and the landscape. Before graduating from Otis Parsons, he was chosen to display his work at the Mississippi Artists Annual Juried Exhibition. His first solo show was at the Desmond Gallery in Los Angeles in 1995.

Keating’s latest works in the Overview series, are the result of collecting photographs and video of unwitting subjects from balconies in France, digitizing them on a computer and painting them on canvas. Expressionistic mark-making depicts walking subjects, stop-action, mid-step in thick paint that renders motion in the form of video scan lines and pixel artifacts. Keating has painstakingly selected the exact frame, from hundreds, that tell us the story of each character, and rendered the digital nature of each image in a painterly style depicting a privileged view of a private moment.

Keating is a member of the Los Angeles Art Association.