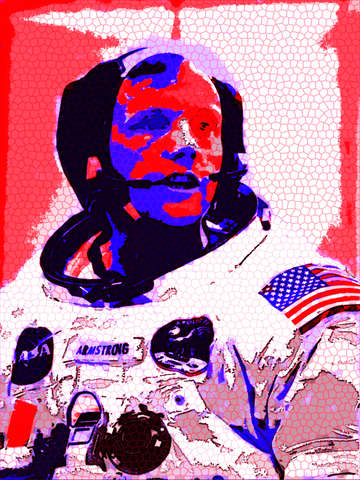 It was a sunny day in Jamaica; I sat on my veranda (porch) gazing into the heavens. My mind racing with ideas of landing on the surface of mars, I was now a hero, my name would be remembered forever. I had just watched a show on T.V. that covered the first moon landing, that was the first time I heard the name Neil Armstrong. For me it represented the pinnacle of human ingenuity it set a new bar for what we could achieve. As I got older and reality set in, and my passions changed I slowly abandoned my visions of grandeur of leaving the planet earth for a once in a lifetime adventure. However the ideas remained with me to this day, reach for the stars, set your mind to goal and never stop till you achieve it. For when that moment arrives you will have no regrets.
When I heard the news of Neil Armstrong’s passing, it affected me. I realized that one of childhood idols had passed; it was not just about a celebrity passing or about showing shock and sadness to show face and appear to be in the know. For me it was a realization that the torch had passed, our generation must leave something behind. I decided to work on this art piece as a tribute to one of my heroes as well as a reminder to me that anything is possible. Rest In Peace Neil Armstrong.