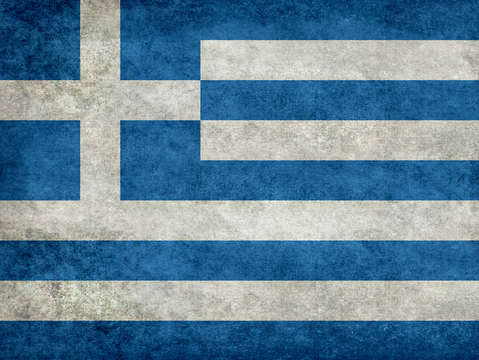 Greece, officially the Hellenic Republic and known since ancient times as Hellas, is a country located in southeastern Europe. According to the 2011 census, Greece's population is around 10.8 million. Athens is the nation's capital and largest city, with Thessaloniki being the second largest and referred to as the co-capital.
Greece is strategically located at the crossroads of Europe, Asia, and Africa. Situated on the southern tip of the Balkan peninsula, Greece shares land borders with Albania to the northwest, the Republic of Macedonia and Bulgaria to the north and Turkey to the northeast. The country consists of nine geographic regions: Macedonia, Central Greece, the Peloponnese, Thessaly, Epirus, the Aegean Islands (including the Dodecanese and Cyclades), Thrace, Crete, and the Ionian Islands. The Aegean Sea lies to the east of the mainland, the Ionian Sea to the west, and the Mediterranean Sea to the south. Greece has the longest coastline on the Mediterranean Basin and the 11th longest coastline in the world at 8,498 miles in length, featuring a vast number of islands (approximately 2,000, of which 227 are inhabited). Eighty percent of Greece is mountainous, of which Mount Olympus is the highest peak at 9,570 ft.
The modern Greek state, which was established in 1830 following the war of independence from the Ottoman Empire, traces its roots to the civilization of Ancient Greece, which is considered the cradle of all Western civilization. As such, Greece is the birthplace of democracy, Western philosophy, the Olympic Games, Western literature, historiography, political science, major scientific and mathematical principles, and Western drama, including both tragedy and comedy. The cultural and technological achievements of Greece have greatly influenced the world, having been imparted to the East through Alexander the Great's conquests, and to the West via incorporation into the Roman Empire and the succeeding Byzantine Empire. Furthermore, the Greek Orthodox Church transmitted Greek traditions to the wider Orthodox World while shaping the modern Greek identity. Greece's rich legacy is also reflected by its UNESCO World Heritage Sites, among the most in Europe and the world.