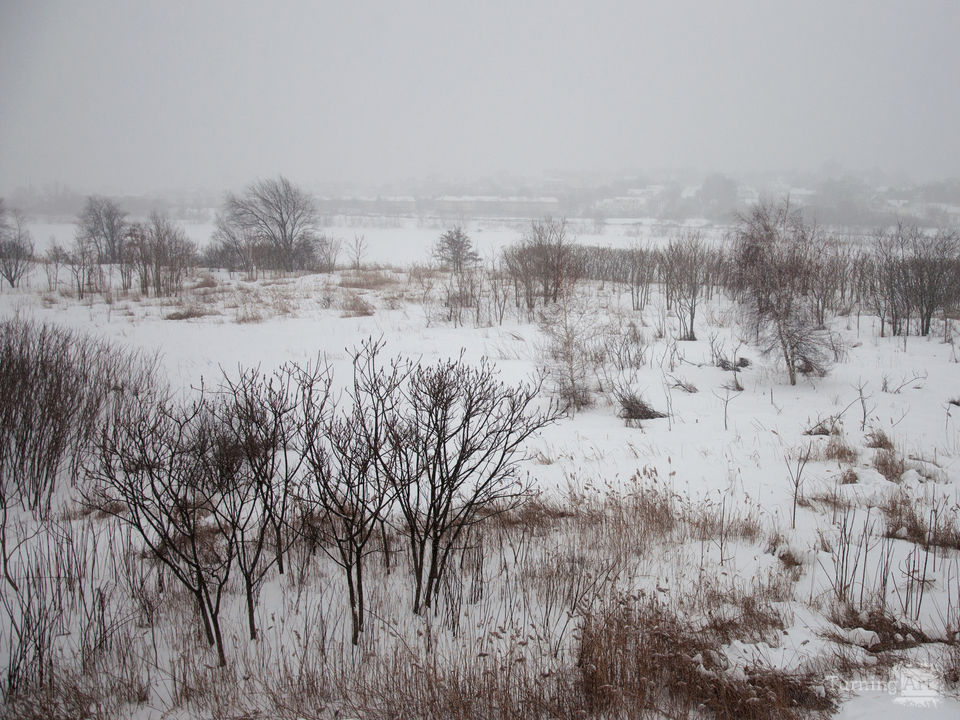 Along the Mystic River in Massachusetts.

Other works by Kimberly Varney

Growing up in New Orleans with the Mississippi River as a constant companion and a threat, Kimberly developed an interest in America's waterways and the subsequent major cities that were built along their shores. After that, she moved to New England and she is currently located on the west coast. Her time in New England allowed for many outdoor activities like whitewater rafting, kayaking, canoeing, and mud-mucking adventures in the Chesapeake Bay and major rivers of Massachusetts.

While trekking through these deltas and confluences, Kimberly has also become an avid birder. With only eight months of record keeping so far, Kimberly has identified over one hundred fifty different species.

When she isn't making art, Kimberly can be found outdoors trying to get her bird count up to five hundred and often forgetting to reapply sunscreen.