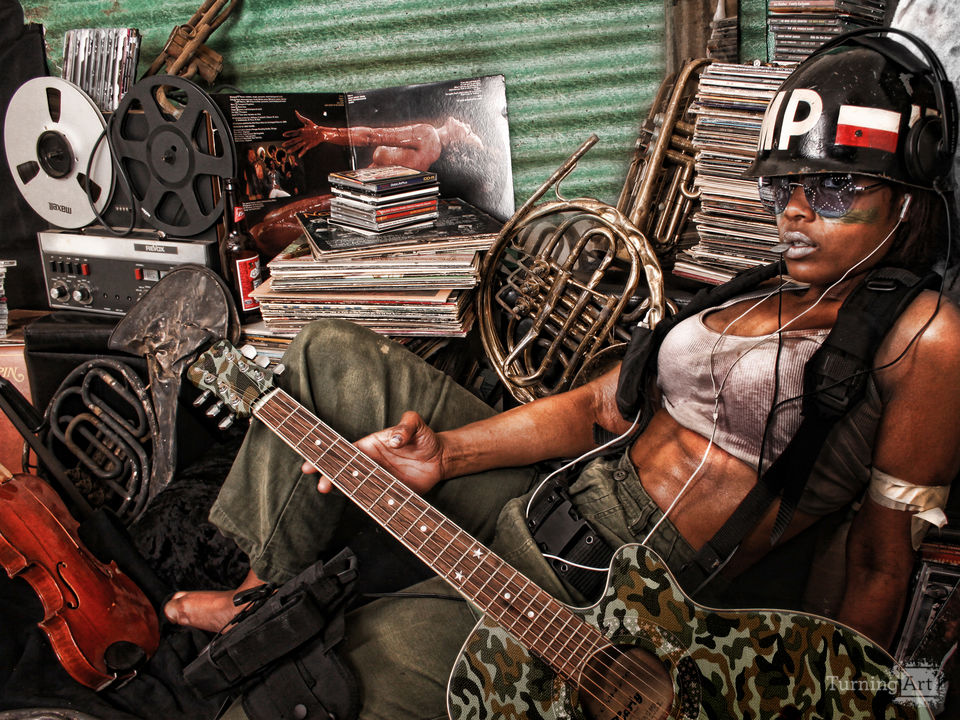 Music Is The Victim (and so am I)

This is the second piece from my series. The piece was cropped dramatically to fit print specifications.

Other works by Casey Jones

A native of Shreveport, LA, Casey Jones has set his roots in the artistic community in which he was raised. After earning his degree in design, he worked for many years on local publications, producing layouts and minor photography. However, it was no surprise to his friends when Jones left these publications and began producing his own photographic works; they remember, “he always had a camera on him growing up.”

In 2006, Jones opened his own Shreveport studio, Casey Jones Photography, and created a space where he could experiment with different studio lighting techniques. These techniques can be seen in those of his current artistic pieces involving models in a variety of settings and featuring set designs, costumes, and conceptual makeup and hair. Coming from a print background where one is often selling a product or event, Jones finds these pieces more of a challenge; for he, like other artists, must create the theme he plans to portray.