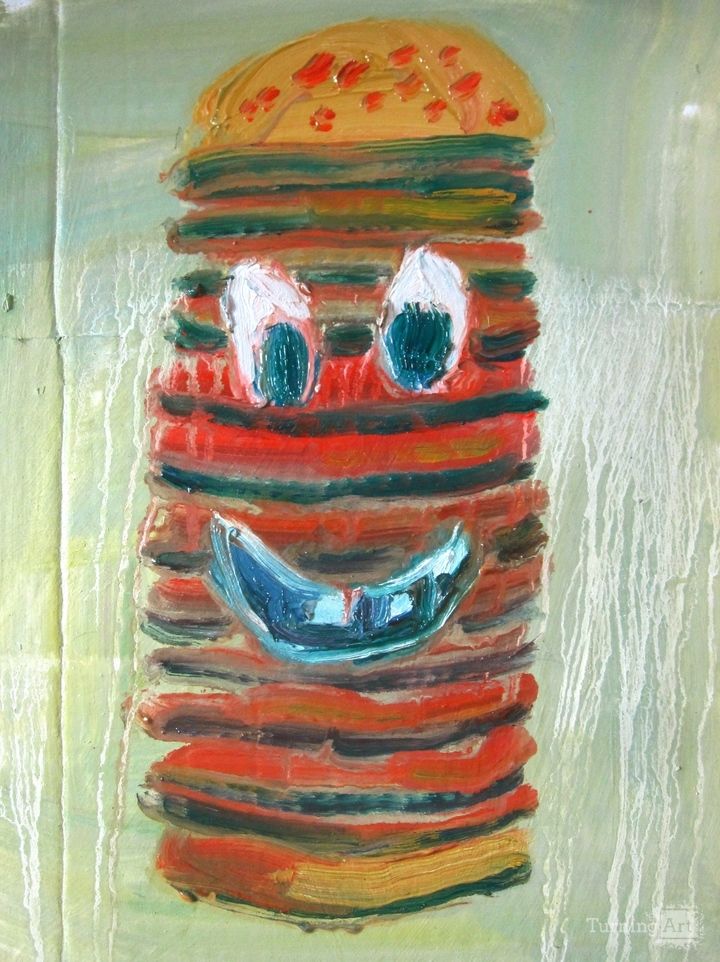 From my fastfood paintings series, it's the Multiple patties with cartoon face!